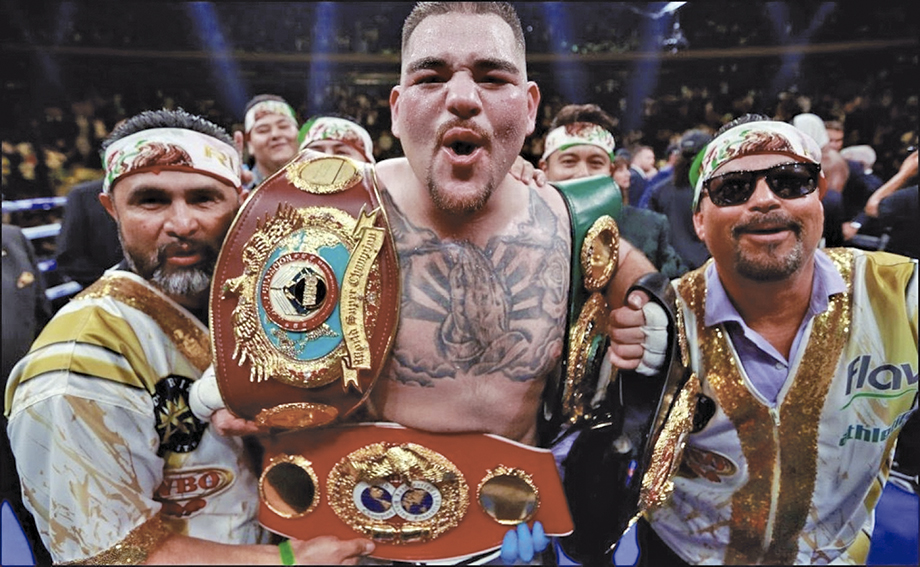 Andy Ruiz Jr knocked out Anthony Joshua in a monster upset to claim the WBA, IBF and WBO heavyweight titles. The Mexican-American dropped AJ four times in New York on Saturday night to make history as the first heavyweight champion from Mexico and end his opponent’s unbeaten streak.

The fight began with a tense couple of opening rounds as Joshua jabbed to make an impression while Ruiz Jr showed flashes of his impressive handspeed. In the third, the bout exploded into life as AJ put together a lightning-fast combination and dropped the challenger. However, as he pursued the finishing blows, he was then caught himself by a gigantic left hook which scrambled his equilibrium.

Two knockdowns resulted from this and the champion only just survived the round by the skin of his teeth. Between the fourth and sixth rounds, it seemed as though both men were in recovery from the firefight they’d just endured.

Come the seventh, Joshua still hadn’t made it back to his best and was caught with a big counter once again. Ruiz Jr piled on the pressure causing the Brit to collapse to the canvas twice within a couple of minutes.

As he rose to his feet the second time, the referee called off the contest and, in doing so, crowned a new heavyweight world champion. “I just wanna thank God for giving me this victory.

I just feel so good,” Ruiz Jr said in his post-fight intervew. “This is what I’ve been dreaming about, I can’t believe I just made my dreams come true.

“I just had to knock him down back. I’m a Mexican warrior, talking about the Mexican style, I just proved it.