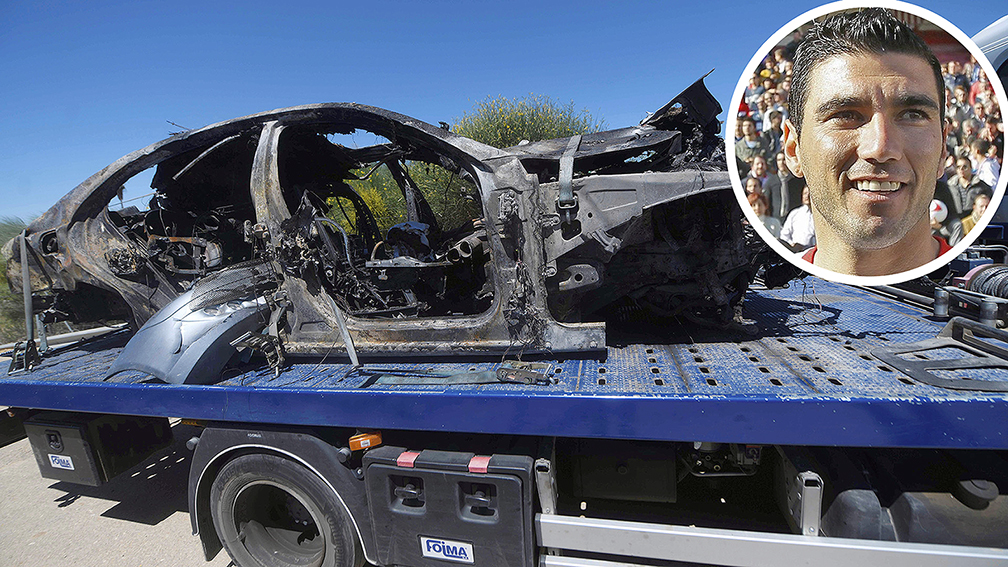 Jose Antonio Reyes died after puncturing a tyre and losing control of his Mercedes at 237km/h, according to reports in the Spanish media.

Mundo Deportivo reports that police found the former Arsenal and Spain forward, 35, veered off a motorway going more than 100km/h above the speed limit and collided with some concrete blocks, causing the vehicle to overturn and catch fire.

Reyes and cousin Jonathan Reyes, 23, died in the incident, which took place on the A-376 motorway near his hometown of Utrera on Saturday morning, and another passenger, named as Juan Manuel Calderon, was injured.

Calderon was initially reported to have died, although it later emerged that he managed to survive the wreckage and had been rushed to hospital in Seville with serious burns. Investigators reportedly believe Reyes had not driven the vehicle for several months and that the tyres had insufficient air pressure, causing one of them to burst.

Reyes, a father of three, was returning to Utrera from Almendralejo, where he had been training with his club Extremadura, around 195km away, at the time of the crash. His eldest son, Jose Reyes Lopez, posted a picture of himself with his father on Saturday with a message reading: ‘This is the last moment we spent together dad.

‘That day you gave me advice as always, but today you have gone and are not coming back and it is a very difficult day for me. ‘I was and always will be very proud of you daddy.

We didn’t spend all the time we would have liked to together but only you and I know how much we loved each other. ‘I know you will look after me from Heaven and I am never going to forget you.

I love you dad.’ Meanwhile, retired goalkeeper Santiago Canizares criticised his former Spain teammate, tweeting: ‘Speeding shows a reprehensible attitude. There were victims in the accident apart from the driver. He does not deserve a tribute as if he were a hero.

‘But that does not mean I regret what happened and I pray for their souls.’