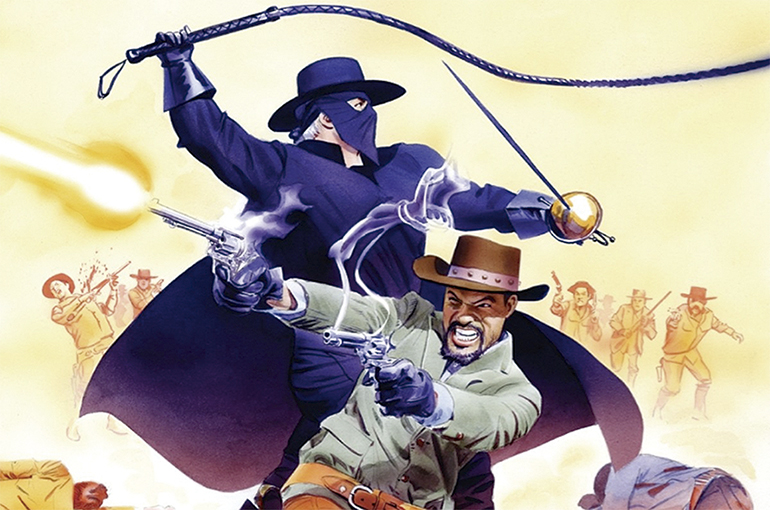 A new Quentin Tarantino project is reportedly in the works, a Django/Zorro movie that would serve as a sequel to Django Unchained.

Released in 2012 to great acclaim, Django Unchained was Tarantino’s first foray into the western genre, and starred Jamie Foxx as the titular gunslinger.

The film proved to be incredibly popular as it became (and still is) his highest-grossing directorial effort, and won multiple Oscars. Even with all this success, Tarantino moved on to direct The Hateful Eight, and will see his ninth film Once Upon A Time In Hollywood hit theaters this summer.

He didn’t totally leave Django behind though, as he wrote a seven-issue comic event from Dynamite Entertainment and DC Comics that brought the bounty hunter back.

The comic served as a sequel story to the movie, and sees Django return to the road, only to cross paths with Diego de la Vega aka Zorro. After forming a bit of a friendship, the two join forces for a new adventure that could make its way to the big screen next.

According to a new report from Collider, a Django/Zorro movie script is currently being written by comedian Jerrod Carmichael.

That’s what Collider’s multiple sources agree on, but they differ on Tarantino’s involvement. The director could simply be overseeing Carmichael’s work, be a true co-writer with him, or even have paired him up with another unknown writer.

It’s also not clear if Tarantino envisions the project as one he’ll direct, or if a studio is already attached.

While not all of the details are known now, it does appear that a Django/Zorro movie is in the works, and that Carmichael is writing it.