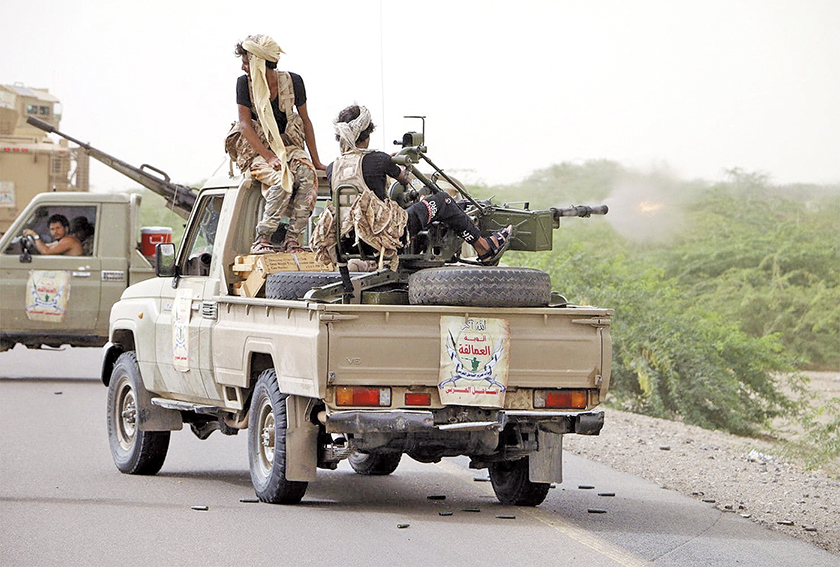 When the UN Security Council met last week to discuss the deaths and devastation caused to civilians in ongoing military conflicts and civil wars, the killings in Yemen and the air attacks on hospitals, schools, mosques, and market places—whether deliberate or otherwise– were singled out as the worst ever.

But the destruction and irreparable damage to civilian infrastructure and human lives were caused by weapons provided by some of the permanent members of the Security Council, including the US, France and UK.

And last week, in defiance of US Congressional opposition to arms sales to some of the warring Middle Eastern nations, the Trump administration went one better: it justified the proposed sale of a hefty $8.1 billion dollars in American arms to Jordan, the United Arab Emirates (UAE) and Saudi Arabia under a so-called “emergency notification”.

All three countries are part of a Saudi-led coalition unleashing attacks on Yemen battling Houthi insurgents backed by Iran– and the new weapons systems are expected to add more fire power to the coalition.

The “emergency notification” for arms sales was not only an act of defiance against the US Congress but also an attempt to placate American allies in the Middle East and, more importantly, the powerful arms lobby in the United States.

One of arguments adduced by the Trump administration is that increasing arms sales to Middle Eastern allies are meant to counter an “anticipated Iranian aggression”.

Stephen Zunes, Professor of Politics at the University of San Francisco and coordinator of the program in Middle Eastern Studies, told this is not about deterring Iranian aggression and it is certainly not an “emergency.”

UN Secretary-General Antonio Guterres told the Security Council May 23 that civilians continue to make up the vast majority of casualties in conflict, with more than 22,800 civilians dying or being injured in 2018 in just six countries: Afghanistan, Iraq, Mali, Somalia, South Sudan and Yemen.

In a statement released last week, the London-based Amnesty International was dead on target when it ridiculed the US argument that some of the weapons supplied to the Saudi-led coalition were “precision-guided” to avoid civilian casualties.

“The great military powers cynically boast about ‘precision’ warfare and ‘surgical’ strikes that distinguish between fighters and civilians. But the reality on the ground is that civilians are routinely targeted where they live, work, study, worship and seek medical care.”, the statement added.

The Trump administration has had a blank check policy when it comes to arming its Middle Eastern allies, from Egypt to Saudi Arabia.