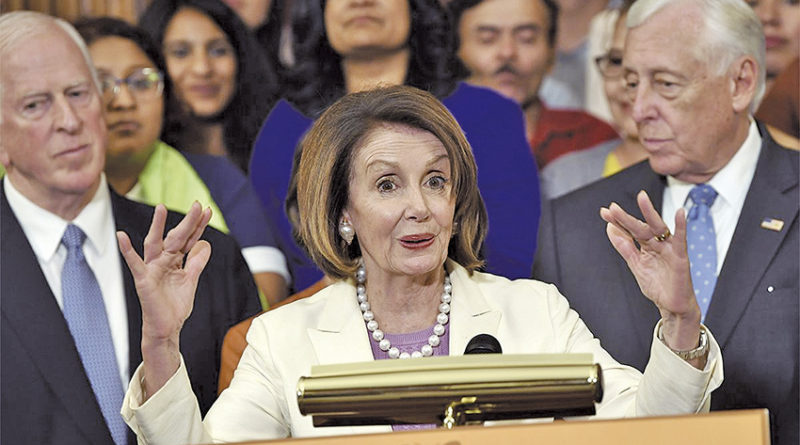 Congress has passed a new version of the Dream Act, but the bill faces an uphill battle in the Senate. In a 237-187 vote, the U.S. House of Representatives last week passed the Dream and Promise Act, legislation that, if enacted, would allow more than 2.5 million immigrant youth, people with TPS, and other immigrants to get on a road to U.S. citizenship.

“The passage of Dream and Promise Act is a testament to the work, commitment, and growing power of immigrant communities and the movement for immigrant justice,” said National Immigration Law Center’s (NILC) executive director, Marielena Hincapié, noting the historic nature of this vote. “This victory, eight years in the making, is more urgent now than ever before.”

The bill includes a roadmap to U.S. citizenship for 2.5 million immigrant youth and people with temporary protected status or deferred enforced departure, an increase in age caps, stronger judicial protections, and more.

“However, this compromise bill is not perfect,” Hincapié said. “At a time when the country has undergone an evolution with respect to criminal justice reform, this bill includes troubling language that unfairly criminalizes communities of color. Any future legislation must work to ensure that the language is updated to reflect the country’s changing values.”

However, even though passed by the House, the Senate is unlikely even to consider the bill.

“While the House has answered them with passage of this important bill, the Senate has shown no interest in representing the millions of immigrants in their states,” Hincapié continued. “Senate Leader Mitch McConnell should stand up for the 157,336 immigrants in Kentucky who contribute to his state every day by ensuring that the Senate prioritizes its own bill that addresses immigrants.”

Hincapié pointed out that NILC has been advocating for the Dream Act since it was first introduced in 2001, and promised to carry on the fight.

“We won’t stop until immigrants and their families are able to remain with their loved ones, live freely, and have the tools they need to thrive and fulfill their full human potential,” she said.