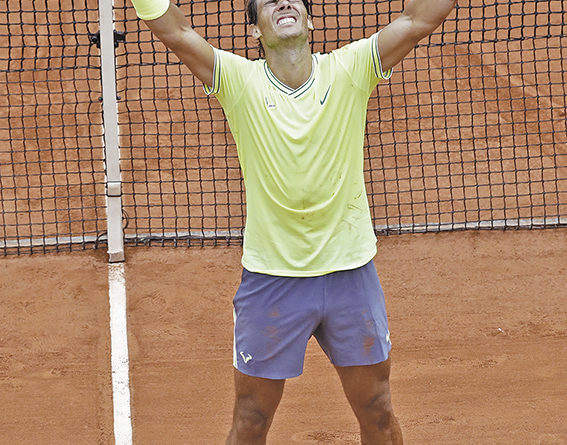 Dominic Thiem was no match for Rafael Nadal at Roland-Garros, as the king of clay retained his favourite title by defeating the Austrian 6-3, 5-7, 6-1, 6-1.

There was a slight scare for the Spaniard as Thiem won the second set, but he then marched on to claim the final two sets in commanding fashion.

Following an even first set which Nadal eventually won 6-3, the second set seemed destined for a tiebreaker as both men were so strong on their serve.

However, Thiem was able to break Nadal in the 12th game of the set to make it all even on the scoreboard. That, though, only seemed to provoke Nadal and when he returned for the third set he broke Thiem to love in the first game, winning 16 of the first 17 points of the third set on his way to taking it 6-1.

He repeated that convincing scoreline in the fourth set, which was enough for him to claim yet another French Open title, his 12th in Paris and the 18th grand slam in his career.