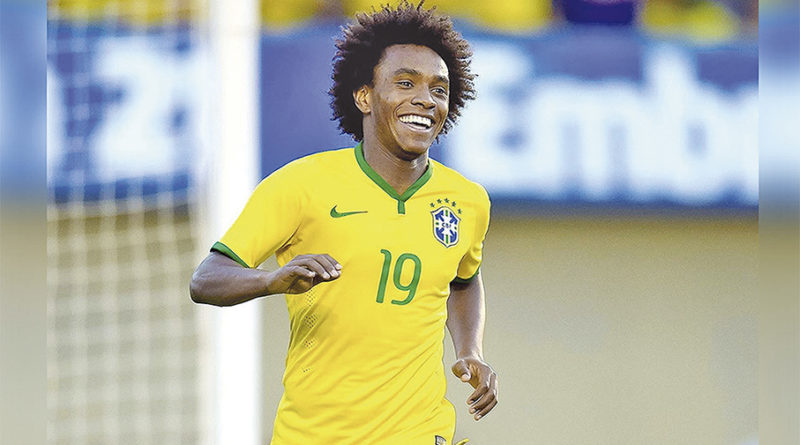 Chelsea’s Willian will replace Neymar in Brazil’s Copa America squad, the Brazilian Football Confederation (CBF) said on Friday, after the world’s most expensive player was sidelined by injury.

Willian, 30, was a surprise choice as the country’s media had tipped Real Madrid youngster Vinicius Junior and Tottenham’s Lucas Moura as the front-runners to take the Paris Saint-Germain forward’s place.

“In accordance with competition rules, CBF sent Conmebol the medical reports of Neymar’s injury. After receiving permission, the player (Willian) was summoned,” the CBF said in a statement.

Willian, who has played for Chelsea since 2013, represented Brazil at the last two World Cups and was a substitute in the Blues’ 4-1 win over Arsenal in the Europa League final on May 29.

He has made 65 appearances for the Selecao with his last international match coming in November’s friendly victory over Cameroon.

Neymar was ruled out of the Copa America after spraining his ankle during the 2-0 win over Qatar in a friendly on Wednesday, capping a nightmare year for the world’s most expensive player who faces accusations of rape which he strongly denies.

A distraught-looking Neymar covered his face with his hands as he sat on the bench after hobbling from the field in the 20th minute.

PSG said on Thursday the star striker would be reassessed by the club’s medics within “72 hours to define the rehabilitation process and recovery time for the player”.