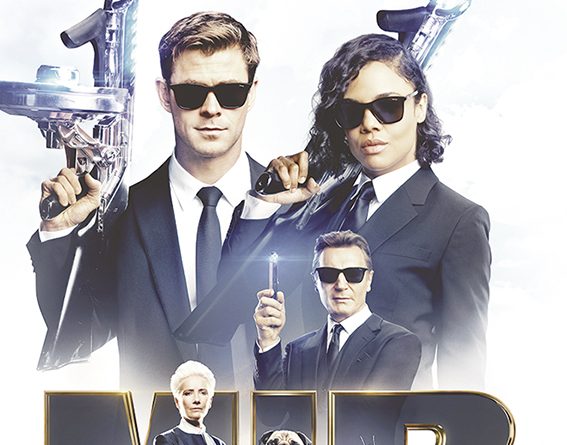 Hollywood seems to be coming down with a contagious case of franchise fatigue this summer, as “Men in Black: International” and “Shaft” become the latest sequels largely dismissed by moviegoers in North America.

Sony’s “Men in Black: International” led ticket sales at the box office this weekend with $30 million, but still fell short of expectations. Actual grosses on Monday morning came in slightly higher than Sunday’s projections, which placed ticket sales at $28.5 million. Those receipts still represent roughly half of what the previous installments in the sci-fi series earned during their first weekend in theaters. The three previous “Men in Black” films opened with over $50 million.

The latest entry, toplined by Tessa Thompson and Chris Hemsworth, wasn’t expected to reach the same heights as the original films starring Will Smith and Tommy Lee Jones, but analysts anticipated a start above $30 million.

Directed by F. Gary Gray, the sequel sees Thompson and Hemsworth team up as black-suited agents protecting the Earth from a series of alien attacks.

“Men in Black: International” is now banking on moviegoers overseas to make the action adventure a hit. “Men in Black: International” did have a larger footprint with foreign audiences, generating $73 million from 56 overseas territories, bringing the film’s global start to $102.2 million. Sony co-financed the movie with Hemisphere and Tencent, spending $110 million to produce the movie, roughly half of what it cost to make “MIB 3.”

Critics praised the chemistry between Hemsworth and Thompson, who first shared the screen in “Thor: Ragnarok,” but reviews were otherwise uninspired for the follow-up, which comes seven years after the latest installment and nearly 25 years after the first film with Smith and Jones. It carries a 24% on Rotten Tomatoes. Audiences were equally unenthusiastic, giving “MIB: International” a B CinemaScore.