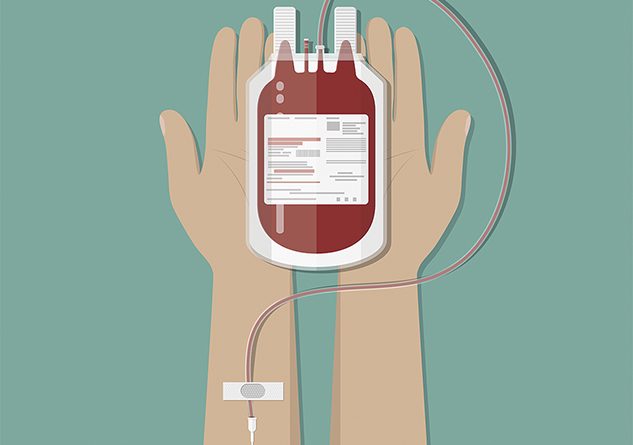 A researcher’s recent discovery could take the edge off of blood shortages for patients in need of it. Red Cross has announced emergency levels, as there simply aren’t enough donations of the life-giving substance.

Now, it appears that research at the University of British Columbia, Canada, is heading in a new direction. They have come up with a way to convert type A, type B, and type AB into a universal type that all humans can use.

By converting these less usable types, that means there is a greater supply for everyone.

The difference between blood types is a result of different sugars, called antigens, on the surface of red blood cells. Types A and B have two different sugar compositions, while type AB has both. Type O blood, however, has no antigens, and it is thus a universal type.

Should a person with type A receive a type B blood transfusion (or vice versa), his immune system would reject it, attacking and killing the type B blood cells. Yet, everyone is able to receive type O, making it the most valuable of all.

“We have been particularly interested in enzymes that allow us to remove the A or B antigens from red blood cells,” stated UBC researcher Stephen Withers in a press release. “If you can remove those antigens, which are just simple sugars, then you can convert A or B to O blood.”

Previously, researchers had found a way of stripping away sugars from different blood types, converting them to type O using certain enzymes (which are molecules that cause chemical reactions). They had not found an enzyme that was efficient, safe, and economical, stated Withers.

The UBC scientists presented their findings at a meeting of the American Chemical Society in August 2018. Their discovery was published in the Nature Microbiology journal more recently.

Withers and his colleagues found their enzyme candidate inside the human gut microbiome. They knew that there the intestinal lining had the same sugars that were present on blood cells, and that the enzymes found in stool stripped that sugar from the lining in order to fuel the digestive process.

This led to the discovery of a new family of enzymes capable of converting A, B, and AB blood types into type O at a rate 30 times faster than the previous purported candidates. However, there is still more testing yet to be done.

Testing on a larger scale will set the stage for clinical testing, the next stage, which will help determine if there are any adverse effects. It still could be some time before a sound method is approved.

“I am optimistic that we have a very interesting candidate to adjust donated blood to a common type,” Withers stated, adding that “it is looking very promising.”