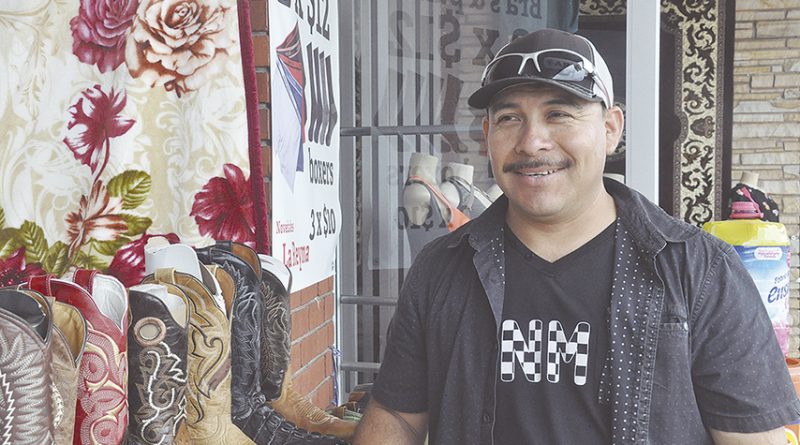 Edilberto Pérez was part of a long line of fishermen in Oaxaca, Mexico, but his fight for survival, a bit of luck and some divine inspiration, brought him to the USA 21 years ago.

Even though he was born a fisherman and in a position of privilege compared to many others – his father managed a little fishing industry back in town- his sixth sense forced him to make a huge decision: changing before change consumed him.

“One day I was walking around and noticed that a lot of people from my hometown where leaving to the US, the industry was not going anywhere, and after praying for a long time, I made the decision to come too, and my dad sold everything he had,” he recalled.

In the US luck came in the hands of a type of work he had never done before, and from one day to the next he became a tomato picker in Florida.
“Working in the fields is nothing like fishing, and one day I said ‘I can’t do this any more, I’m going back home,’ but some relatives asked me to move to LA and I decided to go west,” Pérez said, explaining that it cost him almost $2000 to relocate to LA, and he set off on another journey to change, or discover, his destiny.

“Once in LA I became a carpet installer, first I helped another crew for three years and then I opened my own business,” Pérez told La Semana, adding that the job was good but it came along with other ailments such as vices, bad decisions and too much alcohol that, again made him change his life.

Through the help of God and a lot of self control, Pérez decided to move to Tulsa.

“After working almost 16 years in the carpet industry I realized that all those who retired died doing exactly the same, they had a lot of knee and back pain and ended up being very sick… So I told my wife I had to change my job, because I couldn’t die like that. So I came to Tulsa and opened my own little store,” he said proudly.

Pérez is today the successful owner of Novedades La Reyna, a store where you can buy anything you want: clothes, covers, linens and more at 1060 Mingo.

“My store belongs to the community, because we wouldn’t be here if it wasn’t for them,” Pérez said, thanking God for giving him the opportunity to change at the precise moment to solve his problems and heal his human deficiencies.

The father of four children, tenacious and with the heart of a lion, Edilberto Pérez has become a very wise man who knows that the life of an immigrant is born out of change and flourishes through change, like a never-ending cycle.

Today, Pérez’s family moves forward in Tulsa because of his determination, stubbornness and bravery, that is why he says to the younger generations:

“Don’t waste your time and money on vices, because you are wasting your lives. Risk it all, but aim for things that are always beyond reach and surrender to the will of God.” (La Semana)