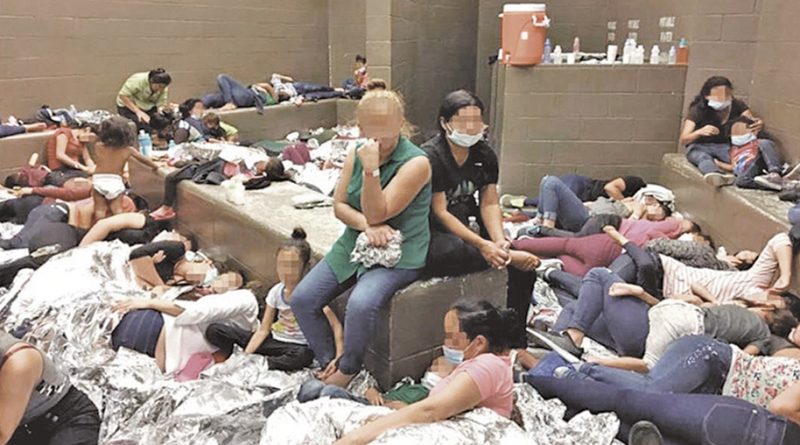 The world was shocked to learn this week of the deplorable conditions in which thousands of migrants are being kept in detention centers operated by Customs and Border Patrol (CPB) while awaiting rulings on their pleas for asylum.

People who have committed no crimes are being held in overcrowded facilities with no running water in the cells and being told to drink from toilets, according to several members of Congress who visited the prisons in recent days.

Representative Alexandria Ocasio-Cortez (D-NY) likened the internment centers to the concentration camps seen in some of the past century’s most horrific conflicts.

“These are concentration camps,” Ocasio-Cortez said via Twitter. “According to concentration camp experts, people begin to die due to overcrowding, neglect, and shortage of resources. We saw all three of those signs on our trip yesterday. Another person died yesterday. And those are the deaths we know about.”

“What we saw today was unconscionable,” Ocasio-Cortez said in press conference, noting that she suspected normal conditions were even worse because CPB “knew we were coming.”

After visiting El Paso Border Station #1, Texas Congressman Joaquin Castro posted video of migrant women being confined in a crowded cell with nowhere to sit but the floor.

“This moment captures what it’s like for women in CBP custody to share a cramped cell—some held for 50 days—for them to be denied showers for up to 15 days and life-saving medication,” Castro said of the video, taken on a phone he smuggled into the facility. “For some, it also means being separated from their children.”

Other reports spoke of children being deprived of soap, showers, and tooth brushes for weeks or months.

“Facilities are wholly inadequate,” Castro stated. “Cells maxed to capacity, concrete floors…It felt jail-like. No way to keep a child or innocent human being. Group of 13 women from Cuba were in tears when we spoke with them. The entire system is broken, rotten and rife with abuse. And [President Donald] Trump doubles down on it despite the growing horror — child detention, metering, Remain in Mexico, threatened ICE raids. Every action he takes exacerbates and entrenches the humanitarian crisis at our nation’s feet.”

Congresswoman Madeleine Dean of Pennsylvania had a similar reaction to her visit at the detention center.

‏”Just left the first CBP facility,” Dean said via Twitter. “The conditions are far worse than we ever could have imagined. 15 women in their 50s- 60s sleeping in a small concrete cell, no running water. Weeks without showers. All of them separated from their families. This is a human rights crisis.”

The inhumane conditions in detention centers came out the same week as news of a secret Facebook group of border patrol agents was revealed by ProPublica, which featured agents making derogatory and sexist comments about the visit to an El Paso detention facility by Ocasio-Cortez and Rep. Veronica Escobar of Texas.

“One member encouraged Border Patrol agents to hurl a ‘burrito at these bitches,’” the ProPublica story sated. “Another, apparently a patrol supervisor, wrote, ‘Fuck the hoes.’”

Castro responded to news of the agents’ comments by saying, “It shocks the conscience that these agents are entrusted with the lives of anybody in their custody.”

“These agents don’t deserve to wear any uniform representing the United States of America,” Castro posted on Twitter. (La Semana)