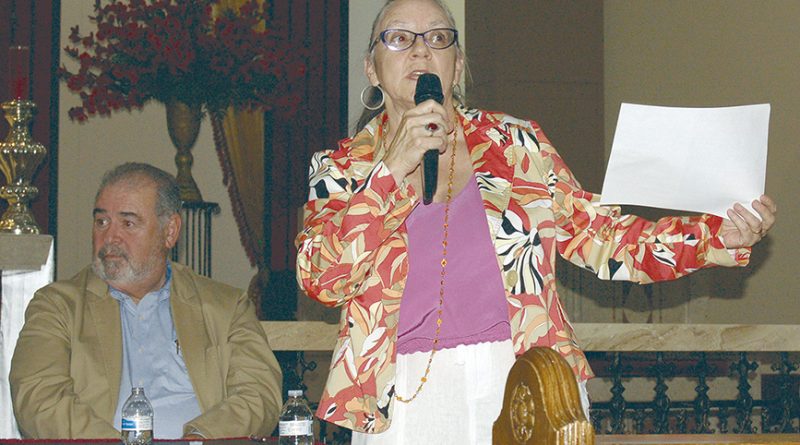 An informational forum was held Monday night to advise local immigrant residents about their legal rights and how to protect themselves in the “zero tolerance” era of the Trump administration.

A varied group of panelists were on hand to address issues relating to their areas of expertise, including court administrator Kelly Brader, Chief Public Defender Jim Saunders, and Municipal Judge David Shapiro.

Sara Martinez, chair of the Greater Tulsa Area Hispanic Affairs Commission, and Christina da Silva, Tulsa Mayor G.T. Bynum’s deputy chief of staff, moderated the event, which was held in Spanish with interpretation to and from English where needed.

Judge Shapiro, answering a question from the audience about international drivers licenses, explained what these licenses are and under what circumstances they are valid.

Shapiro said international licenses are accepted as drivers licenses in the United States only when accompanied by a valid passport and visa in the license holder’s name.

“If you’re arrested in Tulsa you’re going to go to one of two places,” Meulenberg said, “either our municipal jail or the Tulsa County Jail. In either case, what happens is you get your fingerprints taken and you’re entered into AFIS [a national database].”

Meulenberg went on to say that in the county jail, because of the Tulsa County Sheriff’s Office’s 287(g) agreement with Immigration and Customs Enforcement (ICE), an immigration hold will be place on all those detained who are found to be undocumented, but in the Tulsa municipal jail only those with active warrants are at risk of being held.

“The Tulsa Police Department has no affiliation or agreement with ICE,” Meulenberg said, showing the crowd what TPD uniforms look like so local officers can be distinguished from federal agents.