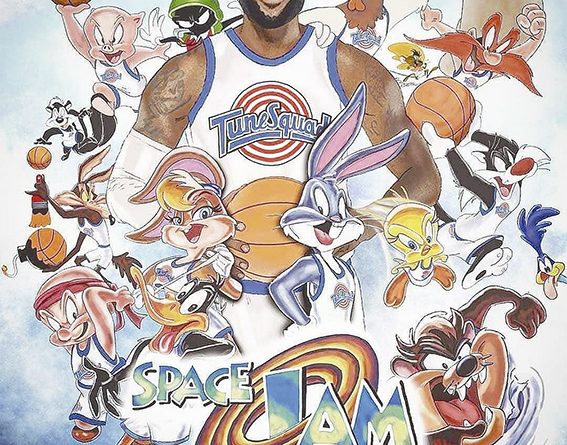 Just like Mike, LeBron James isn’t taking any time off of basketball while filming “Space Jam 2”.

When Michael Jordan filmed the original “Space Jam,” Warner Bros. built him a court on the movie set so that he could practice in between takes as he was gearing up for his return to the NBA. Naturally, that led to some fantastic stories about Jordan’s pick-up games during filming.

Now that LeBron James has officially started filming the sequel this summer, he is following Jordan’s path in more ways than one. As was rumored earlier this year, James commissioned a custom basketball court for himself and other members of the cast to use, which includes several NBA and WNBA players.

James isn’t coming back from retirement like Jordan was, but the stakes are still high because he’s attempting to return to championship contention and reclaim his mantle as the best player in the world.

2018-19 marked the first time in 12 seasons that James wasn’t first-team All-NBA. It was also the first time since his sophomore year that he didn’t finish in the top-five in MVP voting. James may not have taken time off from playing, but being absent from the postseason and the awards conversation is almost akin to retirement for a player like James who has achieved so much personal and team success.

The set of “Space Jam 2” will be a good opportunity for James to get acclimated with his newest teammate, Anthony Davis. It’s unclear if the two will be on the same team within the movie. If it’s following the same outlines as the original “Space Jam,” then Davis’ talent will be taken by the Nerdlucks, and James will be fighting to get it back, which presents a hilarious parallel to James fighting to gain control of Davis’s stardom from New Orleans.

Whatever the plot ends up being, it’s clear that filming a movie over the summer isn’t going to stop James from working on his game and entering next season ready to bring the Lakers back to the postseason, and hopefully further than that. Assuming James fully follows Jordan’s footsteps, a championship will also be on the horizon.

And then, twenty years down the line, maybe we’ll hear some fun stories about how James destroyed people’s souls at Jimmy Goldstein’s house. It’s the circle of life.