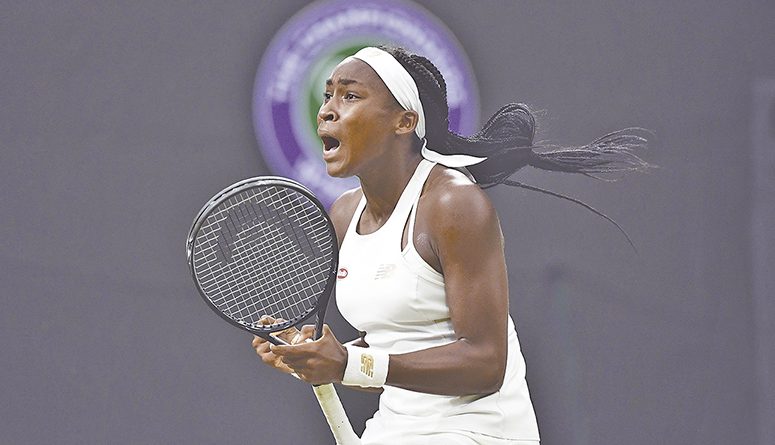 Cori “Coco” Gauff, the 15-year-old tennis player who defeated Venus Williams in her first-round match, has now advanced to the round of 16 at Wimbledon. She is the youngest player to advance this far in the tournament since 1991, when Jennifer Capriati made the semifinals as a 15-year-old.

Gauff was down a set and two separate match points in her third-round match against Polona Hercog of Slovenia on Friday, but she came back to win 3-6, 7-6 (9-7), 7-5.

In a press conference after the match, Gauff said she knew she could win, even when she was down 2-5 in the second set.

Gauff, the youngest woman to qualify for Wimbledon in the modern era, is playing the most high-profile matches of her career. She committed 43 unforced errors in Friday’s match against Hercog, but she had just 18 unforced errors in her first two matches combined.

“I wasn’t really tired,” Gauff said after the match against Hercog, which lasted two hours and 47 minutes. “I’m young. I have a lot of energy, and I’m used to playing two matches a day [in the junior tennis circuit].”

Gauff’s age means that the Women’s Tennis Association (WTA) restricts the number of events she can play. According to the New York Times, the WTA put the rules into effect in 1994, in response to burnout struggles faced by young tennis stars — including Capriati. A 15-year-old girl is typically allowed to play 10 professional tournaments in a year, but Gauff’s successes have earned her a merit-based increase of two additional events.