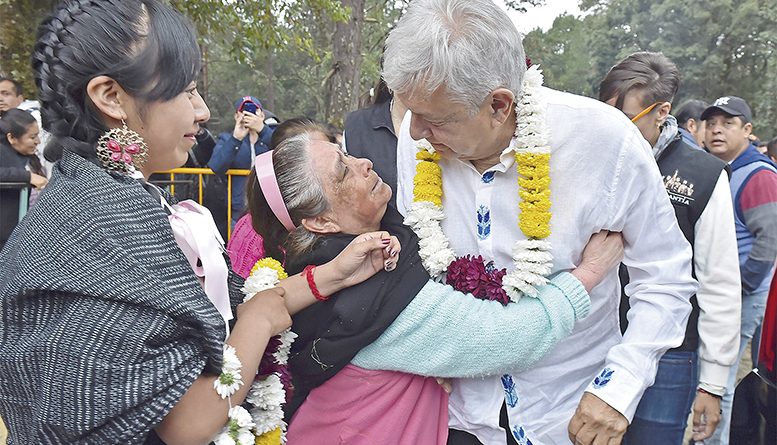 On the night of July 1, 2018, while Andrés Manuel López Obrador celebrated his triumph in the Zócalo of Mexico City, Ricardo Anaya and José Antonio Meade lowered flags, said goodbye to their followers and left for home.

With 12.6 million and 9.2 million votes respectively, Anaya and Meade were erased from the political map, leaving their parties defeated, battered and without leadership.

Since then, the opposition has had trouble raising its head to become a real counterweight to the president and his so-called “fourth transformation” (4T).

Unlike what happens in other democracies, where the defeated presidential candidates become leaders of their parties, referents in the public debate and the main critics of the elected government, here the ex-candidates usually keep silent, withdraw from public life and squander their political capital, built for sure with public resources.

Two exceptions to this unwritten rule of the Mexican political system are Cuauhtémoc Cárdenas, who was a candidate in 1988, 1994 and 2000, and López Obrador himself, who had been a candidate in 2006, 2012 and 2018.
After their defeats, both politicians remained in force for two six-year terms, led the opposition and insisted on taking forward the project of the nation that they proposed to the electorate in their campaigns.

The PAN (National Action Party) and the PRI (Institutional Revolutionary Party), on the other hand, rejected their candidates, despite the millions of pesos invested in building an image, a speech, a campaign.

Did not Anaya (PAN) and Meade (PRI) have a nation project? A government program? A team and a party to put it in motion?

His voluntary retirement confirms that they did not really have a clear idea of a country or, at least, not an idea shared by a sufficient number of citizens willing to continue fighting for that national project from the opposition.

The absence of Anaya and Meade is the absence of opposition to López Obrador. Their silence is the silence of some parties, which, defeated, act as if they have nothing else to propose to Mexico. Their sporadic appearances on Twitter are as ephemeral as their biographies.

Today, in front of López Obrador, there is a testimonial opposition, a void that begins to be filled by informal actors, not focused around a political project, but around a specific interest: business leaders, “think tanks,” matches in search of a registry and an endless number of spontaneous ones offering counterweight to Twitter.

The governors of the PAN and the PRI, and the former independent presidential candidate who since 2015 holds the governorship of the state of Nuevo Leon, Jaime Rodríguez Calderón, have not been constituted as a block or counterweight.

Defenders of their budgets, besieged by violence and insecurity, the governors prefer to move to the rhythm of the 4T, rather than to try their own melody.

Although the governors of Aguascalientes, Durango and Tamaulipas resisted the wave of Morena (the ruling National Regeneration Movement) in the regional elections of June 2, their victories were due more to a local political operation than to a national partisan strategy.

To that glimpse of opposition could be added the joint appearance of the leaders of the PAN, PRI, MC (Movimiento Ciudadano) and PRD in defense of the National Electoral Institute and against the revocation of mandate, on June 19 in the Chamber of Deputies.

Maybe that is not an improvised electoral reform imposed from Morena (the new official party), the germ of a more effective and better organized opposition. Although that would have to transcend the mere defense of their parties and their public financing, to become an alternative. This will be known as of September, when the second year of the 64th Parliamentary Legislature begins.

Today, a year after the “historic” July 1, Andrés Manuel López Obrador dominates the political spectrum, and perhaps that’s why he looks for his opponents in the “fifi press,” in conservatism, in reaction … ghosts that do not finish taking shape.

López Obrador rejoices in the absence of opposition leaders and alternative projects to his “fourth transformation.” He invents his own data to turn his failures into achievements and magnify his successes. Without effective counterweights, he even has the luxury of turning July 1 into a national holiday, to head a political rally disguised as a government report. (IPS)