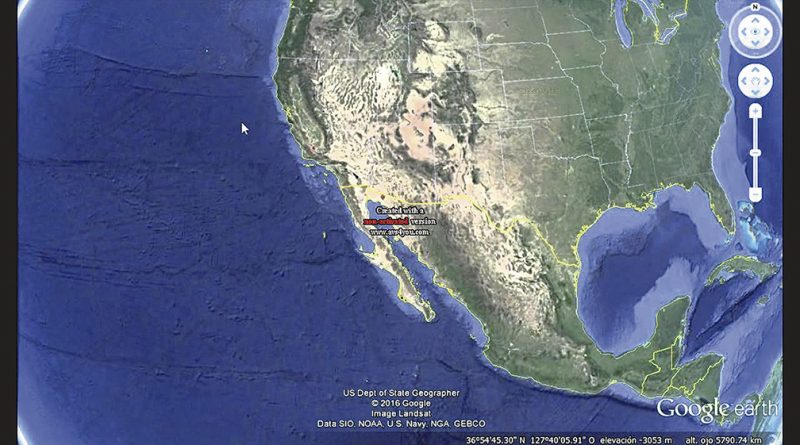 The San Andreas Fault traverses California and extends for 1,300 kilometers.

The seismic one-two combo that hit Southern California last week left residents particularly unnerved because it robbed them of the single bit of solace that normally comes with a big quake: the sense that the worst is over.

After the 6.4 magnitude quake hit near Ridgecrest on Thursday, many expected aftershocks that would gradually decrease in strength and frequency. They’d been through it before, in Northridge, Sylmar and Whittier. But when a much larger 7.1 magnitude temblor struck Friday night, the shock quickly gave way to a newfound dread: What’s next?

Caltech seismologist Lucy Jones announced an 8% to 9% chance of an even bigger rupture coming within hours and days. Psyches spun out from Las Vegas to Long Beach, even as the risk was reduced to 3% by Saturday afternoon. The good news: Many decided it was finally time to get prepared.

“It’s only a matter of time,” said Kim Caldwell, 55, who has lived in Southern California all her life and experienced numerous quakes. She said she and her husband has been lax about keeping their earthquake supplies stocked and up to date at their home in Santa Ana. But if the first temblor didn’t jolt her into action, the second one certainly did.

“I’ve grown up with these,” she said. “This is the first one that was a sizable earthquake where the second one was actually bigger. Normally they trail off.”

Seismologists are constantly fighting against earthquake amnesia, trying to get people — many who have never experienced a major quake, with the last devastating one occurring a quarter-century ago in Northridge — to grasp the severity and ultimate inevitability of the threat and get prepared.

Friday’s quake was the largest in Southern California since 1999. Although it hit the Ridgecrest area of the high desert hard, it didn’t cause any notable damage in the Los Angeles area.

So while the seismic movements over the last few days were unsettling, only time will tell whether it will be enough of a push.

It’s one of the paradoxes of living in earthquake country that so many remain in denial despite the repeated warnings of the tectonic forces eternally poised to level the region.

Quake preparations can range from simple things — such as having earthquake kits and emergency plans ready — to more expensive items such as backup generators and quake insurance, and retrofitting buildings to better withstand shaking.

Less than 12% of California residents have insurance policies with quake coverage, according to state Department of Finance records.

Los Angeles, San Francisco and some other cities around California have required property owners to reinforce certain types of apartments that are vulnerable to collapse in a quake. L.A. has also required strengthening of brittle concrete buildings.

But experts say many seismic safety gaps remain, from bolting homes to foundations to dealing with chimneys that can collapse during heavy shaking.

If nothing else, the shaking of the last few days has many thinking about these issues.

“[I was] kind of a little shocked that there were two relatively large ones so close together and definitely started thinking about getting an emergency kit together,” said Ivan Castro, of Koreatown.

He was at a Dodgers game Friday, sitting in the top deck two rows from the rim of the stadium, when the earthquake hit. The crowd felt the rolling and then a jolt. “It’s pretty scary, if I’m being honest,” Castro said.

As a structural engineer, Castro, 31, is accustomed to reassuring his friends that they’ll probably be safe during an earthquake. He knows many structures are built or retrofitted to withstand such movement. But for the next week or so, he’ll be avoiding the potential death traps — unreinforced brick buildings.

“I’m even kind of hesitant to take elevators now,” he said.

Seismologists say the fault that ruptured would probably not set off the mighty, slumbering San Andreas, which is overdue for “the Big One” that every Californian should fear.

“It’s going to happen eventually,” Castro said. “I just got to tell myself be prepared as possible, talk to your friends, to your family; if you’re not at home, where are you going to meet?”

Jones said since officials began measuring earthquakes since 1932, there have been 22 of a magnitude 6 and above. Only two of those — including the one on July 4 — have been a foreshock to a larger one.