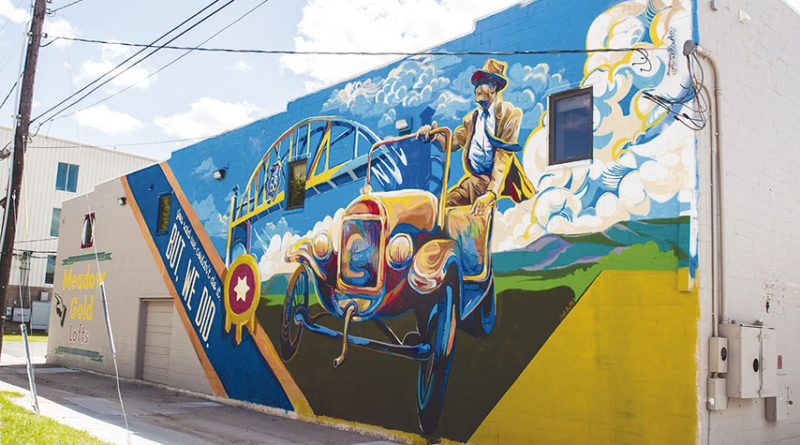 Tulsans are deservedly proud of their city, and thanks to a program funded by TYPros (Tulsa’s Young Professionals) Foundation (TYPF), residents can realize their own visions of making Tulsa even better. TYPF want to help you “Make Tulsa Awesome.”

“Every year we have an allotted amount of money to bring ideas to life on how to make Tulsa awesome,” TYPF’s Jahaziel Hiriart told La Semana, “and we encourage people to share their ideas through social media, whether it’s Facebook or Instagram or Twitter, using the hashtag #MakeTulsaAwesome.”

Since 2014, the foundation has awarded over $60,000 in grants which contributed to projects in our community that connect young talent and cultivate the next generation of philanthropic leaders, and new ideas are being sought right now. But don’t delay, because all ideas must be submitted by Friday, July 19, and completed applications need to turned in by Monday, July 29.

“It’s very easy to submit your idea, you just have to share it,” Hiriart explained. “It doesn’t have to be a full-fledged project already, just an idea stated in a simple message. Some people post pictures or a video.”

So after initially sharing your idea on how to make Tulsa awesome, what’s the next step?

“Once people share their ideas, we send them a link to the application,” Hiriart said. “The application is very short, it’s just to get a little bit more information and details in terms of how much money you would need to bring that idea to life.”

Hiriart said there are three broad categories of ideas the foundation likes to see: placemaking, innovation, and community development. The maximum amount awarded for any given project is $10,000.

This year the Make Tulsa Awesome project is making a special effort to include the city’s growing Hispanic population.

“We’ve done this for ten years now, but this is the first year that we’ve translated everything into Spanish,” said Hiriart, who was born and raised in Mexico. “We’re really trying to engage the Hispanic community. We want to make it accessible to them and make sure that their voices are also included.”

So hurry and share your idea – in English or Spanish – no later than Friday, July 19, and remember to include #MakeTulsaAwesome in your social media post. Then you’ll have ten more days to submit the application. For more information or to see photos of past projects, visit https://www.typros.org/foundation. (La Semana)