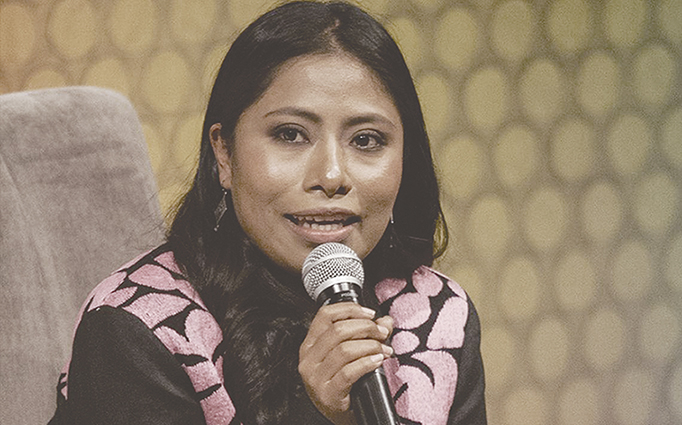 Mexican actress Yalitza Aparicio, star of the Oscar-winning film “Roma,” launched a campaign against gender-based violence in her homeland during an appearance Saturday at the Guanajuato International Film Festival.

The “Zero Violence against Women” campaign is aimed at bringing greater visibility to and preventing violence against women, a scourge that affects six out of 10 women in that Latin American country, the actress said.

“If we start with ourselves, the change will be great,” said Aparicio, who received widespread critical acclaim for her role as an indigenous live-in maid for an affluent Mexico City household in Mexican filmmaker Alfonso Cuaron’s drama “Roma,” a 2018 picture that won the Academy Award for Best Foreign Language Film.

“We need to raise our voices and, most importantly, we need to learn to value ourselves and love ourselves in order to bring about even greater changes,” she added.
Aparicio received a Best Actress Oscar nod (the first such honor for an indigenous woman from the Americas) and numerous other nominations and won the New Hollywood Award at the 2018 Hollywood Film Awards for that same performance.
Cuaron also took home Best Director honors at the Academy Award ceremony.
In her remarks at the festival, Aparicio urged people not mainstream “expressions that have a male-chauvinist ring to them” and to “unite in support of our daughters, sisters, mothers and wives, because they all deserve respect.”

A former pre-school teacher in the southern Mexican town of Tlaxiaco, Aparicio says she now wants to use her fame to advocate for women and inspire them to value themselves and achieve their potential.

As part of that effort she joined the #YaEsHora (It’s Time) campaign at the most recent Platino Awards for Ibero-American Cinema ceremony, an initiative aimed at pressing for equal treatment for women in the film industry.

She says she wants her message to reach not only those women who have been victims of violence but also male victimizers.

“I’d love for people who at one time provoked this violence to also reflect (on their actions); if we have gender equity and all support one another, we can keep growing as a society,” Aparicio said.