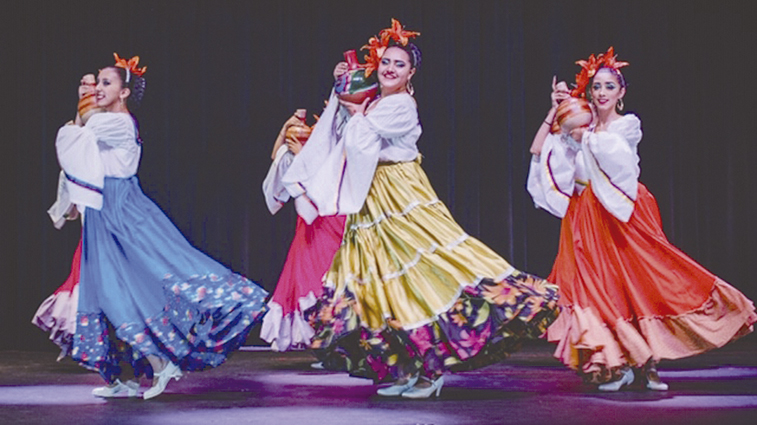 For the past ten years the spectacular production “Wonders of Mexico” has been captivating local audiences with the twirling colorful dances and unmistakable musical performances that are part of the rich tapestry of Mexican culture, and the experience returns this year on August 3rd and 4th.

Wonders of Mexico will grace the stage of the Broken Arrow Performing Arts Center in three performances, at 4:00 pm and 7:00 pm on Saturday, August 3rd, then again at 4:00 pm on Sunday, August 4th. This will be the first time the production is staged at the venue, which is located in the heart of Broken Arrow’s arts district at 701 South Main Street.

Joel Botello Mireles is the artistic director for Wonders of Mexico, and for Ballet Folklorico Sol Azteca, which performs at the show. With preparations for this year’s production well under way, Botello described for La Semana his vision for the show and what those audience members lucky enough to attend can expect to see.

“Wonders of Mexico is our presentation of the Mexican culture,” Botello explained. “Culture, traditions, dances, and music. Everything in one show.”
Botello said that throughout Mexico there are different types of music, dances, styles and costumes emblematic of the various regions, and the hope with this production is to take the audience members on a trip across the country without leaving their seats.

“This year we’re representing a little bit of Aguascalientes,” Botello said. “We’re doing Jalisco – which is more traditional and well known, we’re doing a bit of south Mexico and Tabasco, and taking it all the way to the north with Nuevo Leon.”

Those who have seen Ballet Folklorico Sol Azteca at various events in the Tulsa area know that Mexican folkloric dance can be a mesmerizing experience, and this year Tulsa’s talented dancers will be joined by one the most renowned dance troupes in the United States, BYNC “Back of the Yard” Ballet Folklorico from Chicago. Tulsa’s Danza Santa Maria group will also be featured in Wonders of Mexico.

As many as 80 dancers will take the stage during the performance, promising a true feast for the eyes.

Of course, music features prominently in the production as well.
“90 percent of the music will be live music,” Botello said, “and like the dances the music will represent different parts of Mexico. There will be Tambora (percussion) music from the north, flutes from the south, mariachi music and some norteño.”

This year’s Wonders of Mexico presents Mariachi Rosas Divinas, the acclaimed all female mariachi group from Dallas. Musicians from Chicago will also perform, along with local singer Hugo Salcedo and others.

Wonders of Mexico is a production of St. Thomas More parish, and is directed by Francisco J. Treviño and Jose Maria Briones Herrera.

Tickets are $15 and $20, and can be purchased at Supermercados Morelos, St. Thomas More Catholic Church, and at the Broken Arrow PAC box office on the days of the show. Casa de la Cultura is a sponsor of the event.

The show lasts about two hours, during which time the audience can forget all its troubles and be immersed in a vibrant and colorful journey across Mexico. (La Semana)