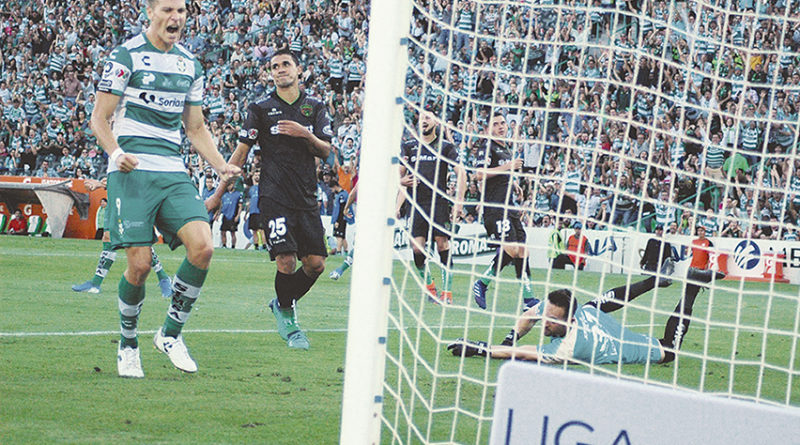 Torreon, Coah. Mexico.- Week of two of Liga MX and Corona Stadium with assistance of more than 25 thousand fans to support their warriors.

Only 45 minutes were able to contain the Brave of Gabriel Caballero to an impetuous Santos who from the beginning launched themselves with all the onslaught of the border defense getting to rest without receiving goals.

But the story changed to the second half, the Santistas tightened even more and it was so that in the 52nd minute after a counterattack and with the assistance of Fernando Gorriaran, Brian Lozano of Santos Laguna finished off right from the center of the area and put the warriors forward 1 to 0.

Julio Furch at 61 as always covering the home ball for Carlos Orrantia who came through the right sector getting into the area and shot low, next to the left post, left Edmundo Vázquez Juarez goalkeeper without a chance and the score was 2 to 0 in favor of the locals.

And eight minutes later the third goal of the region fell when Adrián Lozano finishes left outside the area being assisted by Julio Furch. With the 3-0 against the Braves of Juarez, the Saints remain with perfect pace and are still leading the general table with more 6 goals difference.

Santos’s next game will be this Friday against the Atlas at the Jalisco stadium, while Juarez needs to cut the disaster of his two consecutive defeats by receiving Toluca next Sunday.