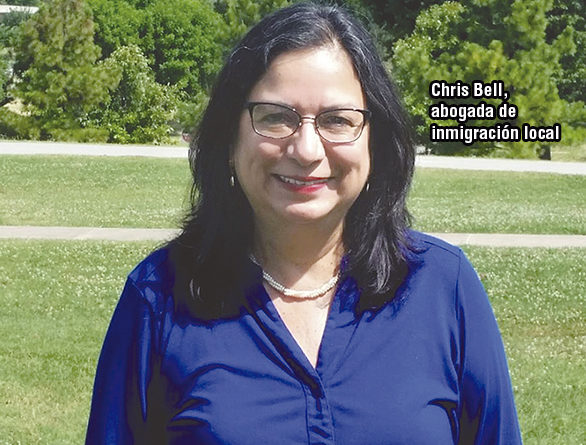 Stoke is the fifth leading cause of death in the United States, but among Hispanics it is the fourth. Stroke also strikes Hispanics on average 13 years earlier than non-Hispanic whites, and even those who survive often have their lives changed forever. La Semana spoke with two prominent members of Tulsa’s Hispanic community, both stroke survivors, who shared their personal stories and words of advice to their fellow Hispanics on how to recognize the symptoms of this deadly condition.

Both described a startling disconnect between their brains and their bodies, a common and extremely disconcerting symptom of stroke.

Local immigration attorney Chris Bell was working at her office when she suddenly began to feel light headed and feared she would pass out. She had her assistant call 9-1-1 and took the phone herself so she could describe her symptoms to the operator. Before becoming an attorney, Bell had been a registered nurse and knew the symptoms of stroke as well as the importance of getting treatment quickly.

“My speech was slurred and my whole left side felt like it was completely disappearing,” Bell recalled. “It was the weirdest feeling.”

Bell’s right side also started to go numb, and she told the 911 operator, “If I don’t get to the hospital soon I’m going to lose the ability to speak.”
She had other strange symptoms such as phantom pains in her side and she couldn’t swallow.

Fortunately, the ambulance arrived quickly and once at the hospital Bell was treated with a clot-busting drug that she credits for saving her life.

After extensive physical and speech therapy, most of Bell’s symptoms have improved but she still has difficulty swallowing and problems with balance. She has to avoid certain foods for fear of choking and can no longer ride a bicycle.

Bell said she hopes the Hispanic community becomes more aware of the link between diabetes and stroke, and takes steps to keep related conditions such as high blood pressure under control.

Franciso Treviño is well known to Tulsans as the former head of the Hispanic Chamber of Commerce and current director of Casa de la Cultura. Treviño was participating in a panel discussion when he had trouble picking up a glass of water.

“I tried to grab the glass, but my right hand just dragged across the table,” he recalled. “When I finally picked up the glass I just dropped it.”

Then when he attempted to answer a question from the audience he could hear that the words coming from his mouth were not what he intended to say and were not making sense.

He was unable to stand and his right arm became increasingly numb, a sensation both he and Bell compared to when your arm “falls asleep.”
Following an ambulance ride to the hospital, doctors quickly treated him for stroke.

Treviño faced a long and difficult recovery but was determined to get better.

“It’s one of those experiences where you really think about life,” Treviño said. “I’d done a lot of things in my life but there was still so much more I wanted to do.”

An accomplished guitarist, Treviño said the stroke has had a significant impact on his ability to play the instrument.

“I can still play,” he said, “but I had to learn to do it differently and I have trouble keeping up with the beat.”

Treviño urged his fellow Hispanics to adopt healthier diets and lifestyles and pay attention to conditions that make them more susceptible to stoke, which in addition to diabetes and high blood pressure include obesity, heart disease, and high cholesterol. Smoking is another factor.

It’s extremely important to pay attention to drooping of the face, weakness in one or both arms, sudden balance or vision issues, and slurred speech, and if any of these symptoms are present call 9-1-1 immediately. Seconds can make the difference between life and death. (La Semana)