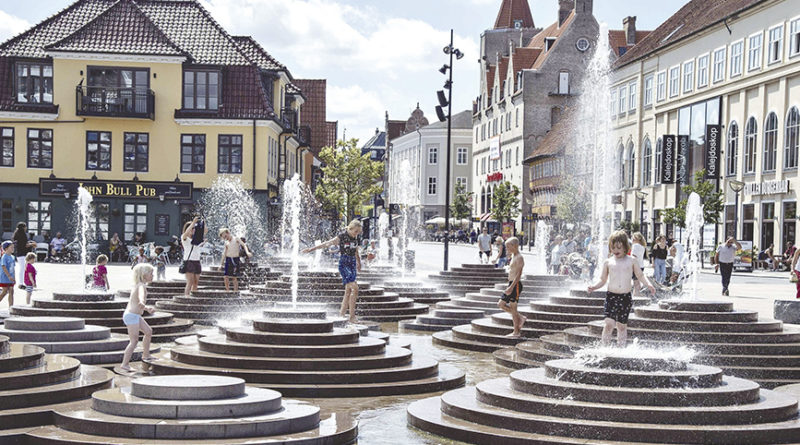 A preliminary analysis of global temperature data for July suggests it may have “marginally” become the warmest month on record.

Figures from the first 29 days of a month in which many countries had heatwaves are “on a par” or slightly higher than a record set in July 2016.
The assessment was carried out by researchers at the EU’s Copernicus Climate Change Service (C3S).

Confirmation of a new record must await a full analysis is released on Monday.

The new data compiled by C3S incorporates observations from satellites and ground based stations.

The July figures are likely to be the highest recorded in the organisation’s 40-year dataset.

They follow on from a global record for June, which was confirmed by data from several different agencies.

According to Copernicus, every month this year ranks among the four warmest on record for the month in question.

While researchers can’t directly link these new high marks to climate change, there is a wide sense among scientists that emissions of carbon dioxide from human activities are altering background temperatures and making new records more likely.

“This particular month has been very warm but to me this is not really the main point. The main point is that not only has this month been very warm, but last month was very warm. All months during 2019 have been very warm in terms of comparison with other years,” Dr Freja Vamborg from Copernicus told BBC News.

“And that trend is not likely to stop unless we do something about curbing greenhouse gas emissions.”

World wide warming
While July is traditionally the warmest month, this year has seen exceptional heatwaves strike Europe, the US and the Arctic.

New temperature records were set in Belgium, the Netherlands and Germany as the mercury went above 40C in many places. A new UK heat record was set with 38.7C at Cambridge University’s Botanic Garden.

In the US, millions of people were affected as temperatures soared along the East Coast and in the Midwest. Alaska saw a dramatic surge, with the heat smashing previous records in several cities. In Anchorage, the mercury stayed above 26C for six days in a row, doubling the previous record.

Wildfires have raged across the Arctic with millions of hectares burning in northern parts of Russia. India has suffered heatwaves and severe water shortages. Japan saw more than 5,000 people seek hospital treatment due to a heatwave last week.

“This is yet more evidence that we’re heading for a much hotter world if we allow carbon emissions to continue to rise,” said Dr Katherine Kramer from Christian Aid.

“For many people in the developing world this has been a reality for some time but now heat records are tumbling across high-emitting, developed countries like the UK.

“If the new prime minister needed a reminder that he can’t ignore climate change, this July has shown that the UK won’t escape a heating planet. We need to move fast and put policies in place that act on Parliament’s recognition that we are in a climate emergency.”

Previous high
According to the US National Oceanic and Atmospheric Administration (Noaa), July 2016 was the highest in a record that dates back to 1880.

Noaa says that nine of the 10 warmest Julys on record have occurred during the 21st Century, with only one year from the 20th century, that being 1998.

The US space agency (Nasa) takes a slightly different perspective. Their data shows July 2016 and July 2017 in a statistical tie for warmest month.

Figures for July 2019 from these agencies will be released in the next couple of weeks.