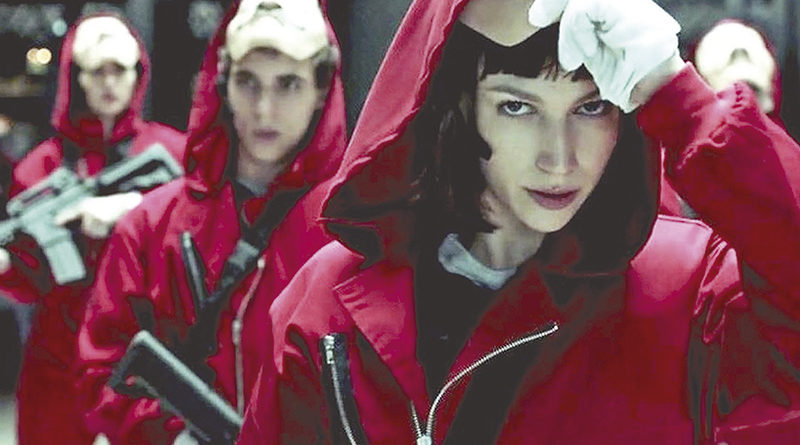 The Spanish series Paper house, whose first two seasons were aired on Antena 3, has broken an audience record, with more than 34 million viewers worldwide, at the launch of its third season on Netflix, according to this platform. “We will need more masks for everyone,” he said in the official account of the series on Twitter in reference to the masks of Salvador Dalí. A total of 34,355,956 homes around the world saw this season the first week after the premiere and “we can not be more grateful to be part of the band,” they added. Variety He said this figure is the best global record in the first week of a Netflix series in a language other than English.

The third season, on Netflix since July 19, begins with the band meeting after Rio (Miguel Herrán) has fallen into the hands of the authorities, which leads his teammates to devise a new and convoluted blow to free him.

“Opening a series as well closed as this gives a bit of vertigo,” acknowledged its creator, Alex Pina. And is that, “open again” Paper house for “another robbery without an emotional bond or justification, it was suicide” in narrative terms, confesses Pina who remembers that they considered many options and that, finally, they chose as a trigger the capture of Rio (Miguel Herrán) for one reason: he is the one who is with Tokyo (Úrsula Corberó).

“The look of the series is Tokyo. She is the foreground, she is the narrator, and Rio’s detention was what the series was dedicated to, ”says Javier Gómez Santander, coordinator of fiction writers who recognizes that they were“ weeks ”turning to how they would crystallize this return not to disappoint the millions of fans. “That emotional engine and that the viewer did not feel disappointed, are the elements with which we have worked more self-criticism,” said Pina, who confirmed that the new chapters explore “new narrative paths” keeping the fiction DNA intact: “entertainment ”,“ Action ”and also“ Latin emotional intimacy ”, all wrapped up with“ a very careful invoice ”and with a great“ plastic sense of aesthetics ”.

There is also new sap. In addition to the fearsome Sierra inspector, played by Najwa Nimri, the series features the arrival of Rodrigo de la Serna (Palermo), Hovik Keuchkerian (Bogotá) and Luka Peros (Marseille), robbers who join the band of Professor (Álvaro Morte) and that “they work as if they had always been.” Pina acknowledges that by having more means they have been able to “compensate” to a certain extent and do “those things that we thought in the scriptwriters room and then reality came to say that they could not be”.

“In terms of production we have grown a lot, we talk about 30 or 40% more people in the team,” said Pina, who to illustrate the “wingspan” recalls that in the first season to shoot each chapter 12 or 13 were invested recording days, while in the third “we were 22”. Something that, according to showrunner, “Is an increase of almost 80% of recording time for the same eight chapters” which, in addition “are 25 minutes less: 45 compared to 70 in previous seasons. It is a very brutal production value increase, ”he said.