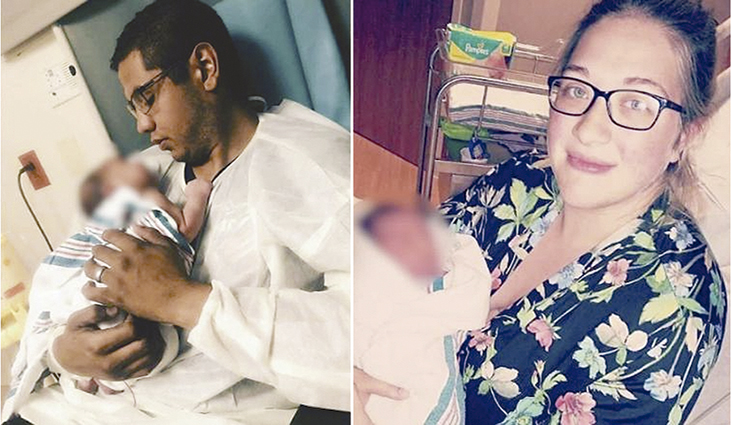 Almost all of the victims were Latinos, including at least eight Mexican citizens. The massacre in El Paso was the deadliest attack on Latinos in US history.

It is also known that the racist diatribe the killer posted on a website parroted the anti-immigrant sentiments and some of the exact phrases often employed by President Donald Trump in his campaign rallies, both before his election and continuing to this day as he vies for a second term. It was revealed this week that at a campaign rally in May of this year, the president smiled and joked with the crowd when a supporter suggested shooting migrants to keep them from crossing the border.

But putting aside political factors and how the president’s shameful behavior may have influenced the murderer’s state of mind, the focus this week should be on the victims, the innocent men, women, and children who began their day with a pleasant shopping trip to a popular discount store just minutes from the US-Mexico border.

The youngest victim to lose his life was Javier Amir Rodriguez, a popular 15-year-old who was preparing to begin his sophomore year in high school. Rodriguez was shopping for groceries with his uncle, Octavio Lizarde, when he was struck by a bullet that cut short his promising young life. Lizarde was shot in the foot and is recovering at a local hospital. Rodriguez’s family released 22 doves at a vigil at a local high school football field this week, one for their slain loved one at 21 for the other victims.

Some of those killed died so that others might live. One couple, Jordan Anchondo, 24, Andre Anchondo, 23, threw themselves around their infant son, shielding him from the gunfire. Both Jordan and Andre were killed but the baby survived. They were at Walmart shopping for school supplies for their 5-year-old daughter, who was at cheerleading practice. Another sibling, age 2, was not present. For no reason other than blind hatred and bigotry, three children from a happy family are now orphans.

Jorge Calvillo García, who lived in Torreón, Mexico, was visiting his son and granddaughter in El Paso. García was fundraising with his granddaughter’s soccer team in front of the Walmart when the shooting started. García threw himself in between the girls and the bullets, giving his life without hesitation. García son, Luis Calvillo, was also shot and is in critical condition.

Arturo Benavides, 60, an army veteran and retired bus driver, was waiting in line at the self-checkout when gunfire erupted. His wife had gone to the restroom and was not shot. Benavides was described as “an amazing husband, son, brother, godfather and uncle.”

An unrelated mass shooting took the lives of nine other people in Ohio just hours later, and now grieving loved ones are left to bury their dead while the nation struggles to come to terms with unprecedented levels of gun violence, laws that make the deadliest of weapons readily available to anyone, and the deadly marriage of hatred and bigotry that serves as an inspiration to kill. (La Semana)