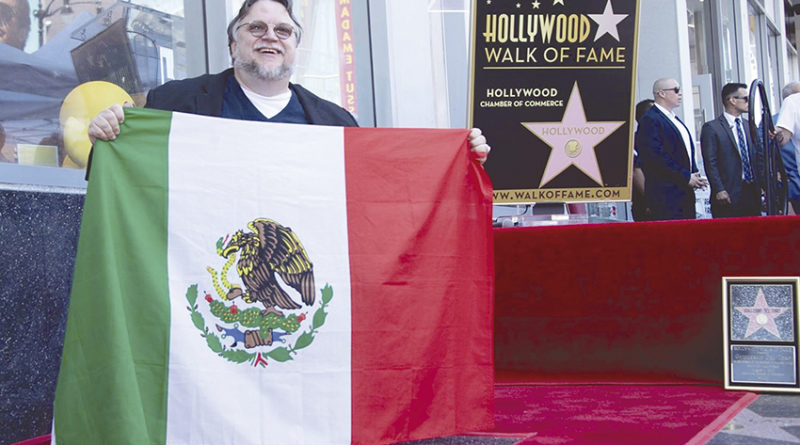 Famed Mexican director Guillermo del Toro received the ultimate Hollywood honor yesterday. The Academy Award-winning filmmaker has won every award you can think of but on the streets of Los Angeles, he was presented with a Star on the Hollywood Walk of Fame.

The Academy Award-winning filmmaker has won every award you can think of but yesterday on the streets of Los Angeles, he was presented with a Star on the Hollywood Walk of Fame. During his acceptance speech, the 54-year-old from Guadalajara, Mexico, didn’t boast about his stellar career or his long line of box office hits but rather he used his moment to talk about the Mexican community that is under attack.

“Right now we are in a moment of great fear,” del Toro said during the ceremony. “It’s used to tell us that we’re all different, that we shouldn’t trust each other, and these lies make us easier to control and easier to hate each other. But what brings us together is realizing those fears are complete fantasies.”

Hundreds of fans in Hollywood greeted and cheered on del Toro who went on to discuss the harsh realities communities of color are currently dealing with. He said that people should not allow racism or discrimination to hinder their dreams and possibilities.

“As a Mexican, receiving this star is a gesture, and no gesture right now can be banal or simple. This is very important this is happening right now because I can tell all of you, all immigrants from every nation, that you should believe in the possibilities and not the obstacles. Do not believe the lies they tell about us. Believe in the stories you have inside and believe that we all can make a difference and we all have stories to tell and we all can contribute to the art and the craft and the world in any way we see fit,” Del Toro said.

Another moment of great pride for the Mexican community came when del Toro posed with the Mexican flag. He held the flag open and also kissed it proudly. Several of his fans even waved the Mexican flag in the sidelines.