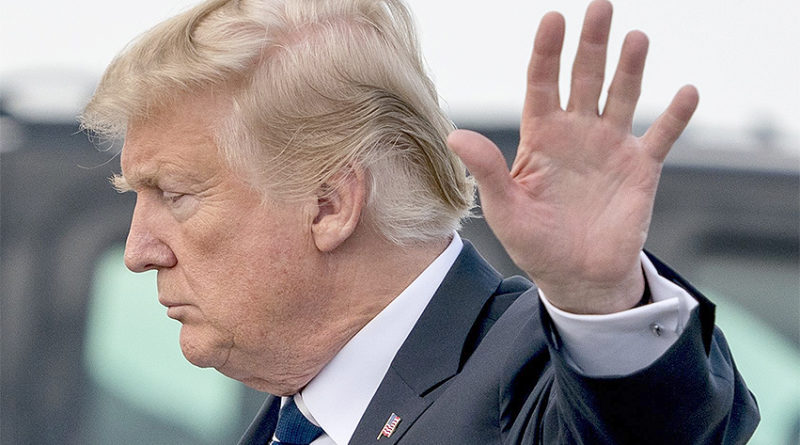 A new rule announced this week by the Trump administration would deny green cards to over half of those legal immigrants typically applying each year, imposing on migrants unprecedented income, health, and credit standards critics say unfairly target people of color and those from poor countries.

Trump has repeatedly claimed he favors legal immigration, but like so many of his proclamations, this blatant lie easily revealed by his administration’s numerous efforts to keep the majority of immigrants and refugees – particularly those from the “shithole countries” he so despises – from ever setting foot on U.S. soil or from gaining permanent legal status once here.

The new regulation will specifically deny green cards to immigrants present in the United States on legal visas – such as fiancées, spouses, children, or parents of U.S. citizens or legal permanent residents – who fail to prove to immigration officers they don’t have an income of 250% or more of the Federal Poverty Guidelines. This is approximately $64,000 for a family of four. More than half of those applying for status each year would be denied under these restrictions.

Marielena Hincapié, the executive director of the National Immigration Law Center, has been a frequent critic of the president’s xenophobic anti-immigrant policies. Hincapié said Trump’s latest attack on immigrants represents a new low, one that could have devastating ramifications both now and in the future.

“This news is a cruel new step toward weaponizing programs that are intended to help people by making them, instead, a means of separating families and sending immigrants and communities of color one message: You are not welcome here,” Hincapié said. “It will have a dire humanitarian impact, forcing some families to forgo critical lifesaving health care and nutrition. The damage will be felt for decades to come.”

Critics complain that the regulations are arbitrary and that immigration inspectors have too much discretion in deciding who is likely or unlikely to become “a public charge” at some time in the future. Among factors inspectors can consider are an immigrant’s age, health, income, education, and “family status.”

As anyone who has applied for a green card knows, among the existing requirements is that all applicants must have a sponsor who agrees to bear financial responsibility should the sponsored immigrant be unable to work. Citing no evidence, Trump’s new rule implies this is insufficient. On the other hand, it has been has shown that immigrants overall are less likely to accept public assistance than are native-born citizens, and are often credited more with driving the economy than of leeching off of it.

Within 24 hours of announcing the new rule, two counties in California – San Francisco and Santa Clara – filed suit against the administration, claiming the harsh new guidelines would have a negative effect on the health and well-being of their residents because they could intimidate individuals into dropping out of vital programs such as Medicaid for fear of jeopardizing their immigration applications.

Calling the new regulation an “inhumane rule with racist roots,” critics charged that this week’s announcement further demonstrates Trump’s preference to limit immigration to rich entrepreneurs, primarily those from Europe, as evinced by a statement the president was said to have made in a January 2018 White House meeting:

If Trump’s latest attack on the “huddled masses yearning to breathe free” survives the legal challenges, it seems he may get his wish. (La Semana)