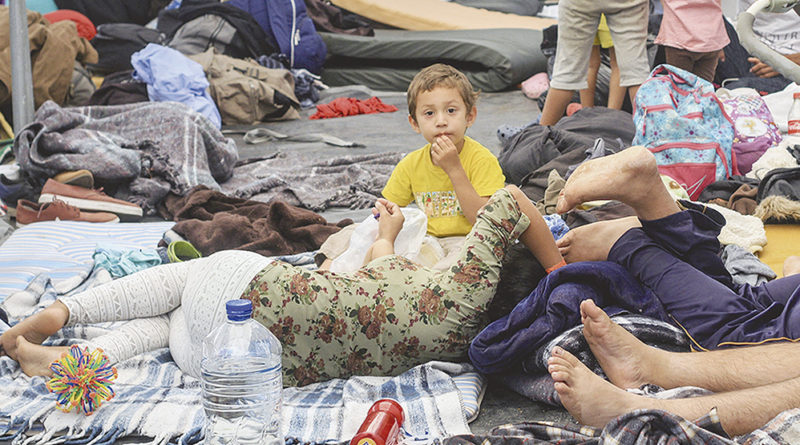 Representatives of foundations of companies such as Telmex, Coppel, Volaris and organizations such as the US-Mexican Foundation boasted about the help they are providing to “quickly and efficiently” meet the needs of migrant girls and boys in Mexico.

However, specialized civil organizations warn that providing care in detention is contrary to the principle that dictates that migrant children and adolescents cannot be detained.

“They want to send libraries for children who are in immigration centers, when to begin with there should not even be children in detention centers,” said Melissa Vértiz, executive secretary of the Migration Policy Working Group, a network of organizations working to influence the country’s migration policies.

Vértiz refers to the installation of four digital libraries with educational programs for migrant children and youth in the Migrant Integration Center of Ciudad Juárez, in the far north, on the border with the United States, and in the Acayucan, Tenosique migratory stations and Tapachula, in the south of the country.

“According to the recommendations of the United Nations, the Mexican government has a clear obligation to end the detention of migrant children and adolescents,” she added.

The United Nations has pointed out that holding migrant children and adolescents against their will violates their human rights.

A representative of the Volaris company recalled that, as part of his Reuniendo Familias program, he sells plane tickets at one dollar (plus taxes) to Central American migrants who, with the help of the National Migration Institute, “were able to return home.”

So he did on Saturday, August 3 with a plane full of people from El Salvador.
Vértiz explains, however, that such measures could put this population in greater danger, as many of these migrants fled their countries for security reasons, and returning to them could pose a huge risk.

These companies gave their testimonies in a session held on August 7 at the Secretariat (Ministry) of Foreign Affairs, headed by the Undersecretary for Latin America and the Caribbean, Maximiliano Reyes, who said that these actions were detached from the migration plan announced by the government of Mexico on July 17.

“If they put computers, libraries and other resources for childhood, in reality that is not solving the central problem, which is that immigration detention has become standard practice in the case of children and adolescents,” said Vértiz.

This type of initiative reveals a problem with the Mexican government’s immigration plan: the distance that its migration policy has from organizations that have historically cared for migrants in the country. (IPS)