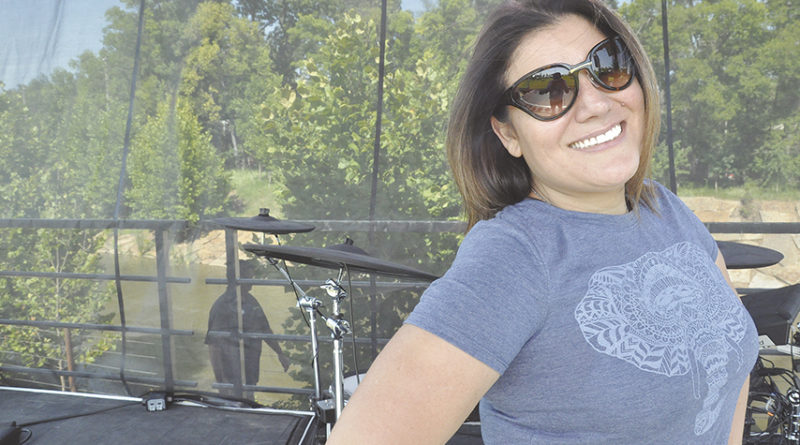 Who said that only men can sing catchy rancheras? Diana Reyes, the Mexican ambassador of the Duranguense genre, gives the Mexican music a female voice and spreads the Latin spirit in the city of Tulsa. Diana recently visit the Sooner state and talked with La Semana about her art, her life and her audience.

Reyes started singing at a very young age and believes music runs through her veins because both her parents were amateur singers and some of her uncles played in popular bands in Southern California. Back then it was unusual to see a little girl singing rancheras, which is why her family decided to support her, so that she could sing in the capital city and eventually in other countries.

15 years ago, Universal opened the doors of the Mexican- American market to Diana, who had to move to Chicago and leave her family behind.

“I started with mariachi, then with the norteño genre y finally gained popularity with duranguense,” she said. “The worst thing was to leave my parents, leave my house to come to the US. I am the youngest of six siblings and I missed my mom a lot. That has been so far my hardest sacrifice.”

Diana has won lots of awards over the last several years, including gold albums, multi-platinum albums, and has even recorded a song for a very popular soap opera sold to 95 countries. Nevertheless she believes her biggest hit so far was a duet she sang with Jenny Rivera, something she remembers as “an unforgettable moment.”

Today Diana has evolved. She feels free, whole and happy.

“I am not coming and going like before, I treasure the time I get to spend with my family and feel complete,” she said, even if she confesses to still being a mamma’s girl.

In turbulent times for the Hispanic audience, Diana admits she senses the tension within the public at every show.

“There has been a change,” she observed. “I have been living in this country for 15 years and I know how events flow. Today you see fear on the people’s faces, afraid to come to the show fearing there might be ICE agents or raids. All the events have changed and you can see why.”

But Reyes hopes for better times ahead

Women aren’t as famous as men in the regional Mexican music industry, and Diana says new leadership and more guts are required to change this fact.

“Women are amazing, we have evolved in a remarkable rapid way,” she said. “We can be leaders, successful business entrepreneurs, empowered citizens. The only women who cannot achieve things are those who limit themselves.”

The spark of this artist is contagious, and everyone can notice her kind and funny spirit, based on a simple recipe that always works: “doing what you love as a duty to your life.”

“When you have the chance of doing what you love, like I get to do every time I perform, then, there are no obstacles to happiness,” said Diana. (La Semana)