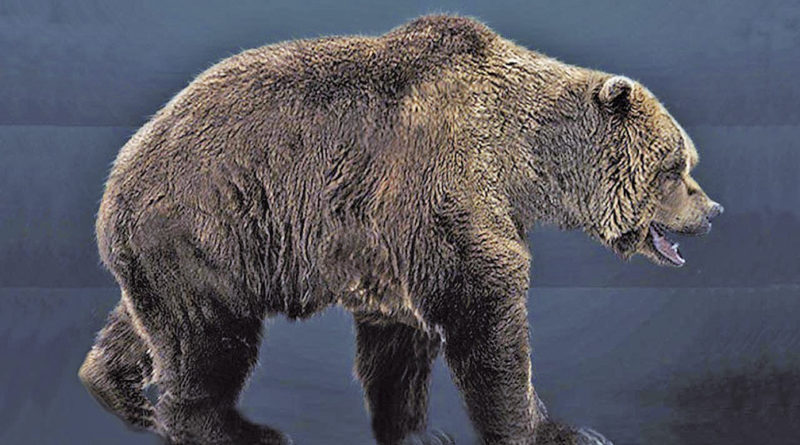 The arrival of human ancestors in Europe some 40,000 years ago coincided with the downfall of the cave bear, scientists have revealed.

New evidence suggests humans hunted the bear and drove it from caves, putting it on the road to extinction.

The fate of the species was sealed by other pressures, such as the onset of the last Ice Age, and shrinking food resources.

The bear eventually died out 24,000 years ago.
“We see this dramatic drop in the population of the cave bear starting from 40,000 years ago, which coincides with the arrival of anatomically modern humans in Europe,” said Prof Verena Schuenemann of the University of Zurich, who led the study.

“It is the clearest evidence we have so far that humans might have played a big role in the extinction of the cave bear.”

What is a cave bear?
Cave bears were a type of bear that lived in Asia and Europe. They share a common ancestor with the modern brown bear.

The cave bear fed largely on vegetation instead of meat. Fossils of the species are usually found in caves, suggesting the animals spent a lot of time there, rather than using caves purely for hibernation.

They were able to map where cave bears lived and their diversity at a time when many large mammals roamed the Earth.

It appears that populations were more diverse then previously thought and remained relatively stable until around 40,000 years ago, surviving two cold periods and several cooling events.

The findings support the idea that human influences played a major role in pushing the cave bear to the brink.

The extinction of the cave bear is a matter of much debate, with explanations including human interference, environmental changes or a combination of both.

The latest study, published in Scientific Reports, gives a deeper insight into the subject, but is unlikely to be the final word.