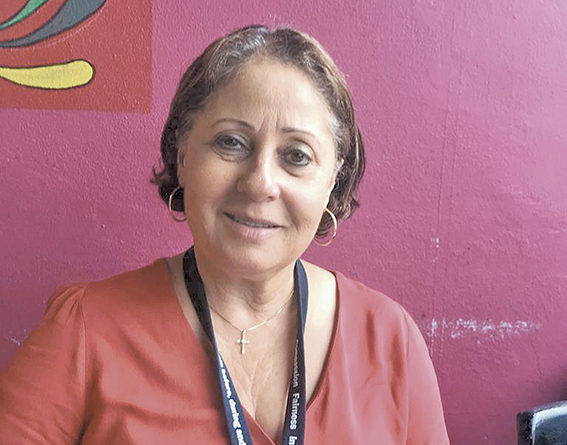 Recently, La Semana had the chance of meeting Carmen Gloria Rodriguez, spokesperson of FEMA, the federal emergency management agency, currently deployed in Tulsa to help those affected by the storms occurred last May. The organization is in charge of offering monetary compensation, ease the distribution of indispensable goods, and allot the funds for public assistance on each of the counties affected, helping with the payment of the public expenses requires in times of trouble: reparation of streets, bridges, power lines, etc.

In Oklahoma 27 counties were declared an emergency, and so far FEMA has invested more than $14.4 million in relief, and given another $28 million in loans to more than 4,000 people affected by the storms.

Tulsa was one of the most damaged areas, and the Latin community was especially hit. “We have given Tulsa almost $5 million, which is a lot if you consider the overall amount,” said Rodriguez. “I had the chance of visiting lots of Hispanic families, especially in trailer parks that had been devastated. These families had to start renting because they had no house left, and FEMA had to provide compensation.”

Nevertheless, FEMA’s doings are always in the hotspot. After hurricane Maria ravaged Puerto Rico, the press berated FEMA and catalogued its actions as mere lip service. But Rodriguez defends her organization and believes Maria was something unprecedented. Against all odds FEMA was able to provide more than $30 billion and organize networks of professionals who helped reactivate the water lines, power lines and fix thousands of houses free of charge.

“FEMA’s response after Maria was good,” Rodriguez insisted. “We had to restore complete electrical plants so that the hospitals, police stations and the fire brigades could work. It was the engineer’s corps of FEMA and the investment of private companies that allowed this to happen.”

When there is a catastrophe that can be predicted, like a hurricane, FEMA is always one step ahead, working with different state and private agencies like the salvation army and the red cross to determine the appropriate logistics. FEMA is also in charge of giving the evacuation announcements, informing the public about sheltering options, and also assessing possible damage costs.

“We do not run the shelters,” Rodriguez explained. “FEMA gives support to the state, the county and the volunteer agencies. Only when the president declares a state of emergency can we provide and distribute federal funds. We provide those funds by estimating the costs of the recovery.”

Rodriguez said that negative rumors about FEMA have been circulating among the Hispanic community. The word on the street is that FEMA only helps those with papers, but Rodriguez does not agree.

“In case of a disaster, the law protects all those affected by possible actds of discrimination,” Rodriguez said, adding, “Everyone has the right to shelter, food and medical services. Nobody can be discriminated against.”

Nonetheless, in order to apply for monetary relief, you need to be a citizen, a green card holder or a person with a U or T visa.

“If mom or dad are undocumented but their child is an American citizen, they can ask for help representing the child’s interests,” said Rodriguez. “Undocumented people can also contact FEMA but will not receive monetary compensations, only goods and services provided by partnering agencies. These agencies will replace ruined equipment and other damaged goods. It may not be cash, but it is help.”

Rodriguez is in Tulsa fostering awareness about FEMA’s tole and informing Hispanics that many rumors are not true. Nobody will end up in the hands of ICE for asking for help.

“I want to say to all Hispanics that they shouldn’t believe gossip,” Rodriguez said. “FEMA does not discriminate against immigrants. The security officers that work for us are not ICE agents, and we do not have such officers in our recovery agencies. At FEMA you are all welcome,” Rodriguez concluded. (La Semana)