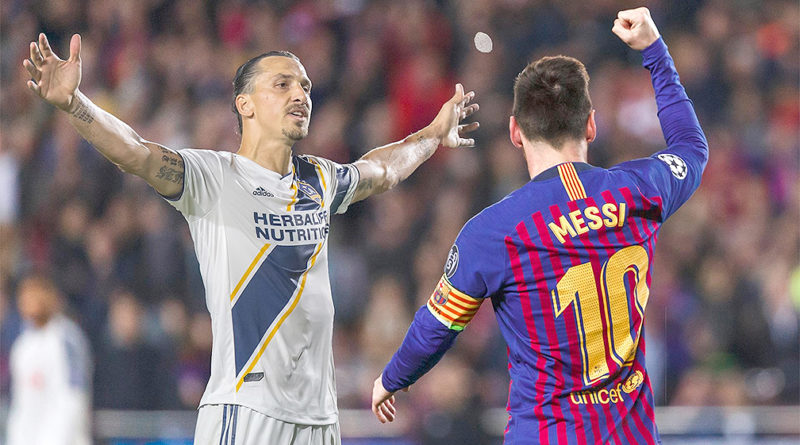 LA Galaxy forward Zlatan Ibrahimovic and Barcelona’s Lionel Messi are among the 10 nominees for the 2018-19 Puskas award, the honour for the season’s best goal.

Ibrahimovic saw his volley with the outside of the foot against Toronto nominated. The Swede watched a long ball come down over his shoulder, before he turned and hooked the ball past the goalkeeper in one swift motion.

Meanwhile, Messi’s delicate chip against Betis earned him another nomination. Ibrahimovic won the award in 2013 while Messi has yet to finish first despite this being the seventh time he has had a goal in the top 10 in the award’s 11-year history.

Crystal Palace winger Andros Townsend made the list with his incredible volley in his side’s shock win away to Premier League champions Manchester City, while Fabio Quagliarella ensured there was Serie A representation on the list with his volleyed backheel for Sampdoria against former side Napoli.

Billie Simpson scored a first time volley from inside her own half for Cliftonville Ladies to earn herself a nomination while Daniel Zsori scored a superb overhead kick.

Utah Royals’ Amy Rodriguez finished off an impressive solo run with a stunning long-range strike, while Juan Fernando Quintero score a brilliant free-kick from an acute angle for River.