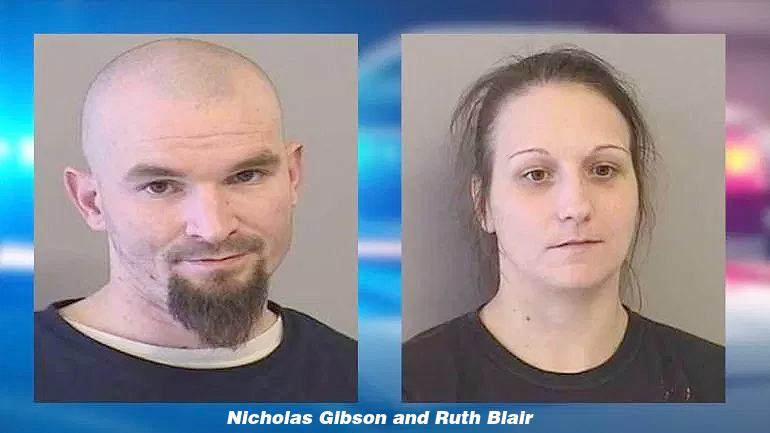 TULSA, Okla. – Tulsa police are looking for a man and woman wanted for a July murder.

On July 27, just after midnight, Tulsa police responded to an apartment complex in reference to a shooting.

When police arrived, they found Michael Binder dead at the scene.

Binder’s death was ruled a homicide by the medical examiner.

Police say Nicholas Joseph Gibson and Ruth Ellen Blair have been identified as suspects in the incident.

On Wednesday, an arrest warrant for first-degree murder, possession of a firearm AFCF and attempted robbery with a dangerous weapon were issued for Gibson and Blair. If you have any information, call Crime Stoppers at (918) 596-COPS.