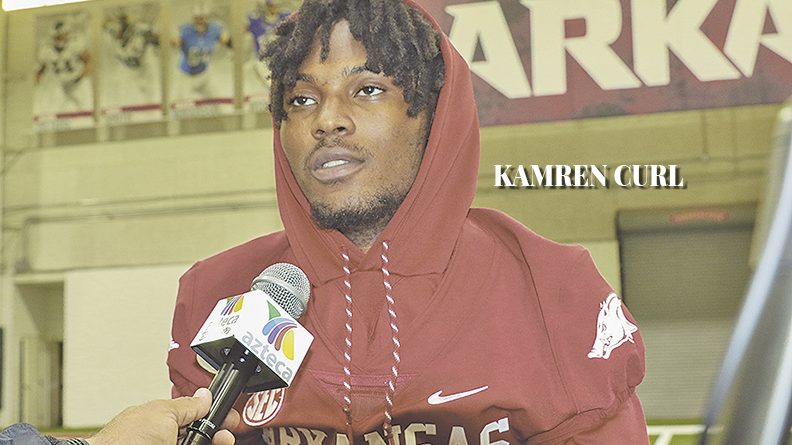 Chad Morris; He still does not define who will be the quarterback of the Razorbacks

Chad Morris enters his second year as the Head Coach of the Arkansas Razorbacks, and the problems continue for the Chief in Command. A few days away from the opening game against Portland State, Morris has no announce who will be the quarterback to take the Razorbacks to the post season.

Although Chad Morris sounds very positive for the improvement of the team in recent days, the reality for the Hogs is the deficiency of the talent necessary for this team to be a contender in the Southeast Conference (SEC).

“If we compare where we are, I think the team is better than last year, we focus on practices to teach appropriate defense techniques of tackling.

Our coaching staff films each practice and in training they are the ones who demonstrate to our players the proper technique to tackle. It is crucial that we know how to defend and this is something that we focus on each practice. ”Commented Chad Morris.

Arkansas does not have any Latino players for this season. Last year, Santo Ramírez was the only player of Latin descent who played for The Razorbacks. The last time The Razorbacks had a Hispanic player from the region was in the era of Alex Tejada; who helped Arkansas win the Liberty Bowl.

Chad Morris does not have his eyes on the Latin talent of the region, his approach is others. Morris came from Texas and focuses a lot in that region to find talent that can allow him to compete in the SEC.

Oklahoma is the next immediate region where Chad Morris focuses a lot to find players that he can’t get at home, as is the case with Kamren Curl who plays defense back and is originally from Muskogee, Oklahoma.

Curl is one of the players that will have to be effective for Arkansas. His experience could be very essential in the starting lineup for Arkansas. Curl reaffirms that this team is more unified than last season. “This group is better in the sense that we know each other more, and we have a clear idea of what we will do this season. The environment in the locker room is better for the same reason that we know each other better, and we understand the defensive and offensive scheme. ”Curl concluded.