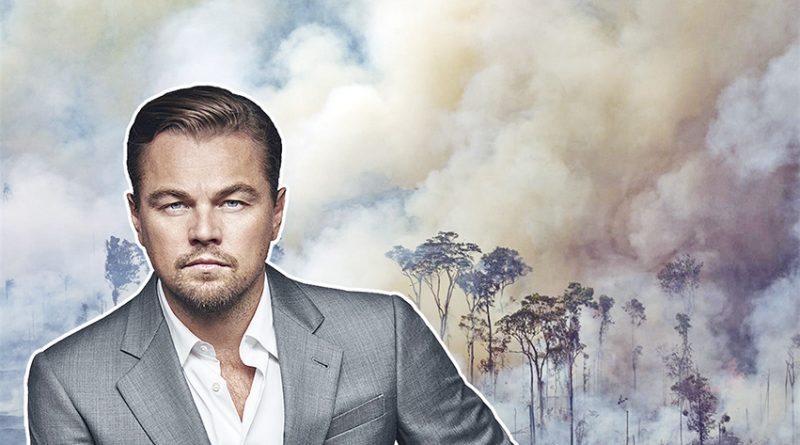 Earth Alliance, an environmental group co-founded by Leonardo DiCaprio, has announced over the weekend that it will donate $5m to help combat the fires currently ravaging the Amazon rainforest.

The initial monetary commitment will help “focus critical resources on the key protections needed to maintain the ‘lungs of the planet’”, Earth Alliance explained in a post, encouraging members of the public to donate as well.
“These funds will be distributed directly to local partners and the indigenous communities protecting the Amazon, the incredible diversity of wildlife that lives there, and the health of the planet overall,” the group said.

DiCaprio announced the aid package on Instagram and said: “The lungs of the Earth are in flames. The Brazilian Amazon – home to 1 million Indigenous people and 3 million species – has been burning for more than two weeks straight.”

At a G7 summit meeting on the climate this morning, which Donald Trump did not attend, France’s president, Emmanuel Macron, confirmed that the group had committed $20m of their own to combat the fires.

The pledges come as nearly 80,000 fires have been reported across the country this year, with around 9,000 currently burning, and Brazilian military planes have begun airdropping water over the ravaged areas.

Many of the fires are believed to have been set by farmers and ranchers, with the tacit approval of Brazil’s anti-environmentalist president, Jair Bolsonaro, who has reduced environmental protections. Macron and Bolsonaro sparred over such accusations over the weekend.

Earth Alliance was among the many others to allude to the deliberate, potentially criminal, setting of many of the fires.

“Large-scale cattle operations and feed crops – much of it illegal – along with some impacts from logging, are the primary drivers of this deforestation,” the group explained.

If the fires are not contained the consequences could be dire, experts warn, not only for the people who call the rainforest home, but for the entire planet.

“The destruction of the Amazon rainforest is rapidly releasing carbon dioxide into the atmosphere, destroying an ecosystem that absorbs millions of tons of carbon emissions every year and is one of the planet’s best defenses against the climate crisis,” Earth Alliance Earth wrote.

“In addition, indigenous peoples’ land covers about 110m hectares of the Brazilian Amazon, making the region critical … for the cultural survival, self-determination, and wellbeing of the Amazon’s indigenous peoples.”