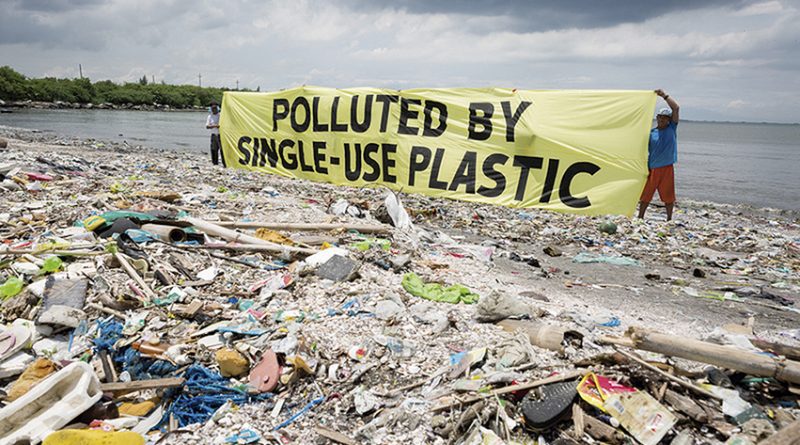 “I would like to make this world a much more sustainable place and the current path does not seem to have a long journey ahead. From my position, I feel proud but also responsible to fight for a change that is possible,” said the basketball player.

Gasol, who is very aware of the impact of plastic pollution in the oceans, will take Greenpeace branded reusable water bottles to the upcoming Chinese basketball championship, held between August 31st and September 15th, in a first move to begin to engage other sport colleagues on the plastic waste and pollution crisis.

The collaboration seeks to engage athletes and fans on the need to not only focus on reuse in their own lives but to collectively call for reduction and alternatives from plastic-reliant companies and strong legislation from governments on plastics.

“Greenpeace is really excited to work with someone who is passionate about the important issue of plastic pollution and there is a great opportunity for Marc to share his passion with his millions of fans,” said Sarah King, Head of Greenpeace Canada’s Oceans and Plastics campaign. “We all know that it pays to have Marc on your team and with his support we hope we can grow the Break Free From Plastic movement and win the fight against throwaway plastics.”

As a growing number of national polls show mounting support for government action on single-use plastics including bans, and tens of thousands of people join calls for corporations including major retailers and popular coffee chains to join the reuse revolution, Greenpeace is campaigning alongside allies in the global Break Free From Plastic movement to stop plastic pollution at the source.