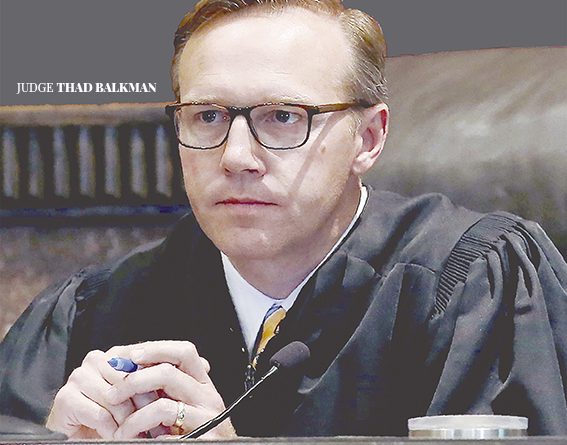 Oklahoma made history this week when a district court judge in Cleveland County ruled that pharmaceutical giant Johnson & Johnson bears some responsibility in the opioid crisis that has gripped the state and much of the nation for years and awarded $572 million to help deal with the problem for the next year.

Concluding a non-jury trial, Judge Thad Balkman announced his ruling on Monday, stating he agreed with Oklahoma’s Attorney General that Johnson & Johnson – along with two other pharmaceutical companies who settled before the case went to trial – contributed to addiction in Oklahoma through the use of deceptive and irresponsible marketing of pain killing drugs.

“The opioid crisis is an eminent and menace to Oklahomans,” Judge Balkman said in his 42-page ruling ruling, stating that Johnson & Johnson created a “nuisance” under state law that “compromised the health and safety of thousands of Oklahomans. Specifically, defendants caused an opioid crisis that is evidenced by increased rates of addiction, overdose deaths and neonatal abstinence syndrome in Oklahoma.”

The state alleged in the trial that over 6,000 residents lost their lives to opioid overdoses in the past 19 years and asked for $17.5 billion from the company to deal with the crisis over the next 30 years. Balkman said the state failed to provide sufficient evidence to justify that amount, awarding $572.1 million instead.

Oklahoma Attorney General Mike Hunter, the first of more than 40 attorneys general to bring suit against pharmaceutical companies over what is truly a national crisis, claimed victory following Balkman’s ruling.
“Johnson & Johnson will finally be held accountable for thousands of deaths and addictions caused by their activities,” Hunter said at a press conference following the judge’s announcement. “Throughout the trial, our team proved what we have alleged all along: that the company used pseudo-science and misinformation to downplay the risks of opioids.”

Attorneys for Johnson & Johnson immediately said they would appeal the ruling, but the stage has been set for future trials soon to commence across the country.

The crisis has hit the nation’s white population the hardest, with whites accounting for approximately 80% of pain-killer overdoses. Ironically, racial inequity in the health care system may have inadvertently protected minority populations from being as affected as whites by the opioid crisis.

“Non-Hispanic blacks and Hispanics have had less access than non-Hispanic whites to the health care system through the 1990s and into the early 21st century,” Ian Rockett, a professor of epidemiology at West Virginia University, said in an interview on PBS NewsHour last month. Rockett explained this lack of access “would lower their probability of being prescribed opioids, and hence their risk for both fatal and non-fatal overdoses.”

With appeals ahead, it is uncertain how much, if any, of the $572 million Oklahoma will ever see, but many view this week’s ruling as the first victory in a David vs. Goliath contest that is sure to stretch on for years to come. (La Semana)