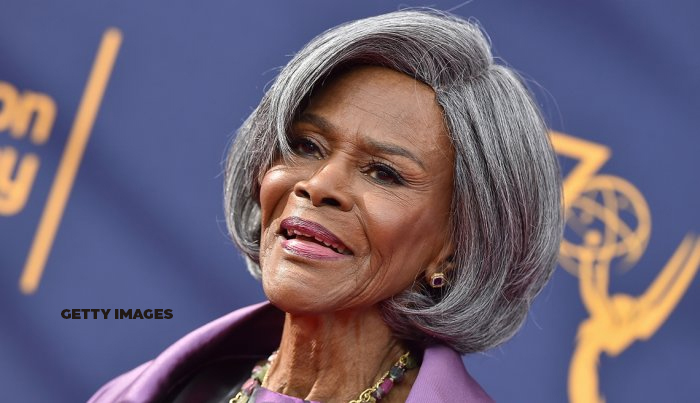 Pioneering Hollywood actress Cicely Tyson – who was known for portraying strong African-American characters – has died aged 96, her manager has said.

No cause of the death was given. The former fashion model had a career that spanned seven decades.

Tyson won two Emmys for her performance in the 1974 civil rights-era film The Autobiography of Miss Jane Pittman.

She also became the first black woman to take on a main role in the TV drama East Side/West Side in the 1960s.

Presenting Tyson with the Presidential Medal of Freedom in 2016, the then US President Barack Obama said that apart from her achievements as an actress, she had also shaped the course of history.

Tyson turned down stereotypical roles for black women, agreeing only to play characters that were strong, positive and realistic.

“I have managed Miss Tyson’s career for over 40 years, and each year was a privilege and blessing,” her manager Larry Thompson said in Thursday’s statement announcing her death.

“Cicely thought of her new memoir as a Christmas tree decorated with all the ornaments of her personal and professional life. Today she placed the last ornament, a star, on top of the tree,” the manager said, adding that she died peacefully.

Tyson’s memoir Just As I Am was published on Tuesday and Vulture wrote about seven highlights from the book, including her accidentally hanging up on Mr Obama’s aide ringing to tell her she had won the prestigious medal.

“‘Oh please,’ I said laughing, feeling sure it was a prankster talking some foolishness,” she recalled. “How did you even get this number? She tried to persuade me that her declaration was true, but I wouldn’t hear of it’.”

It also mentioned how she met her future husband, trumpeter Miles Davis, in the 60s after he knocked on the door of his neighbour Diahann Carroll’s house, where Tyler was a guest. He appeared in just a robe, to ask for some sugar.

Vulture said the book later went on to detail the couple falling out after their marriage, after Tyson first sniffed out “the stench of Miles’s philandering”. They were married from 1981 to 1988.

Born in New York’s Harlem, she was raised by her devoutly religious parents from the Caribbean island of Nevis.

After being discovered by a fashion editor at Ebony magazine her modelling career took off. By 1957, she was acting in off-Broadway productions and went on to gain small roles in feature films before she was cast as Portia in The Heart Is a Lonely Hunter in 1968.

After paying tribute, US broadcaster and actress Oprah Winfrey said: “She used her career to illuminate the humanity of black people. The roles she played reflected her values; she never compromised.”

Tyson recently told CBS interviewer Gayle King: “I had no idea I would touch anybody.”

Michelle Obama added she would “miss her dearly”, saying: “I smile knowing how many people she inspired, just like me, to walk a little taller, speak a little more freely, and live a little bit more like God intended.”

Tyson was nominated for a best actress Oscar and Golden Globe in 1973 for Sounder, about a family of poor black sharecroppers in the midst of the Great Depression in 1933 Louisiana.

In 1973, Tyson told the BBC’s Film Programme she hoped the acclaim for her role in Sounder “allows me to be considered for roles simply because I’m a good actress rather than because I’m a black actress, which limits my ability to work.

“And if that happens then I will be extremely grateful because that will mean that when a good role comes up that I will be considered and that I will not have to wait until a role is written for a back actress.”

‘Made me feel loved’
The Tony Awards also nominated her in 2013 for lead actress for the play The Trip to Bountiful, about an unhappy, elderly woman desperate to visit her girlhood home before she dies.

Tyson also appeared in 2011 film The Help and TV shows including 1977’s Roots, season four of House of Cards andthe recent How to Get Away with Murder, which starred Viola Davis.

Oscar-winning actress Davis said Tyson had “made me feel loved and seen and valued in a world where there is still a cloak of invisibility for us dark chocolate girls”.

TV producer Shonda Rhimes, whose shows include How to Get Away with Murder and Bridgerton, paid tribute to “an extraordinary person”, and said “her power and grace will be with us forever”, while actress and presenter Whoopi Goldberg praised “a tower of power, a pillar of strength, CLEAR about who she was, and how she was to be treated… and that never wavered”.

Filmmaker Ava DuVernay, whose films include Selma, the documentary 13th and TV drama When They See Us, remembered Tyson’s warm embrace, saying: “Your hugs I’ll remember. How your petite arms wrapped around me like mighty branches of a sunlit tree, strong and warm. Your love I’ll remember. You loved me for some reason and told me often.”

Singer Mariah Carey called the actress “a queen who graced the world with her beauty, strength and talent” while actress Jada Pinkett Smith simply called Tyson a “legend”

Singer Rihanna added her voice by calling Tyson “a true legend” and Euphoria star Zendaya tweeted that “this one hurts, today we honour and celebrate the life of one of the greatest to ever do it. Thank you Cicely Tyson. Rest in great power”.

Kerry Washington, the actress, producer and director, paid tribute by saying: “Thank you for blessing us and for lighting way. I miss you already. So so much.”

Bryce Dallas Howard, who was in The Help, called Tyson a “pioneer and enlightened genius”, adding: “To have been in her presence was a privilege. Thank you for your light, leadership, and legacy.”

USA Today said Tyson’s book talked about her having a baby girl called Joan at 17, and raised her largely out of the spotlight.

Tyson was also godmother to the singer Lenny Kravitz, having been friends with his mother, as well as to Denzel Washington’s daughter Katia and actor, director, producer and writer Tyler Perry’s son Aman. She also had an early marriage to Kenneth Franklin which was later dissolved. BBCNewsEnts.