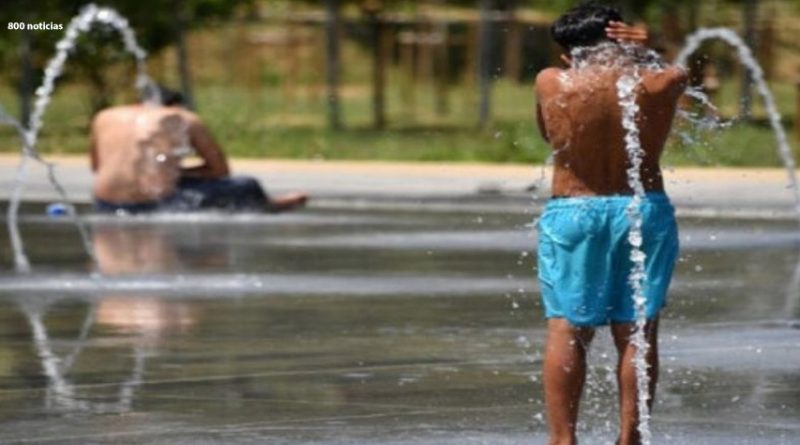 The WHO warned that the heat wave caused “more than 1,700 unnecessary deaths” in Spain and Portugal

The European office of the World Health Organization said on Friday that the heat wave in Europe was responsible for 1,700 deaths in the Iberian Peninsula alone and called for joint action to tackle climate change.

“The heat kills. In recent decades, hundreds of thousands of people have died as a result of extreme heat during prolonged heat waves, often with simultaneous wildfires.the WHO regional director for Europe said in a statement, Hans Kluge.

“This year, we have already been witnesses of more than 1,700 unnecessary deaths in the current heat wave in Spain and Portugal”, he added.

The regional director stressed that exposure to extreme heat “often exacerbates pre-existing health conditions” and noted that “people at either end of the life spectrum –infants, children and the elderly – are at risk.

In response to a question from the press, the WHO Europe explained that the figure was a preliminary estimate based on reports from national authorities.and that the figure “had already increased and will continue to increase in the coming days.”

He also added that the The actual number of deaths associated with the heat wave would not be known for weeks.

“The events of this week point once again to the desperate need for pan-European action to effectively tackle climate change. Kluge pointed out.

The regional head of the UN health agency stressed that governments need to demonstrate will and leadership in implementing the Paris Agreementwhich set a goal of limiting end-of-century warming to two degrees Celsius above pre-industrial levels (and preferably no more than 1.5 degrees).

High temperatures broke historical records in the United Kingdom on Tuesday, which exceeded 40 ° C for the first time in the framework of the heat wave that hits Western Europe and caused forest fires that devastate the Iberian Peninsula.

Expect temperatures to drop next week

All in all, the high pressures that this week have produced Record temperatures in countries like the UK and France are weakening and moving to the east, so a drop in thermometers over the next week, according to the World Meteorological Organization (WMO).

“Temperatures are expected to continue for above 30 degrees in France, Spain, Italy, southern Germany, Greece, and the northern Balkans”, spokeswoman Brigitte Perrin told a press conference in Geneva.

The official source expressed concern about facts such as, for example, in The UK has reached a record high temperature of 40.3 degrees this week, citing as especially worrying that that mark is 1.3 degrees higher than the previous one.measured in Cambridge in 2019.

“The temperature records are rare and when they are reached what is expected is that they are only a few tenths higher than the previous ones,” Perrin said.

The spokeswoman stressed that Italy expects strong temperatures this weekend, which could reach 48 degrees in some areas, and highlighted that the fires linked to the heat wave have destroyed thousands of hectares of forest in countries such as France or Spain.

He also recalled that in In France, the fires have also led to a notable worsening of air quality, due to the increase in harmful particles in the atmosphere.

With information from AFP and EFE