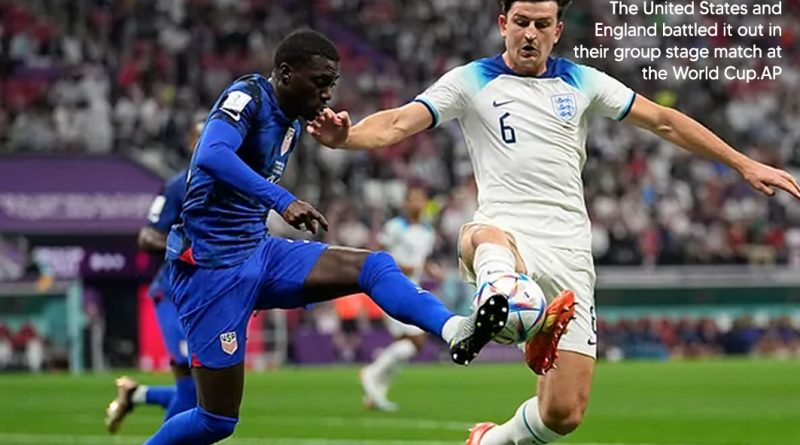 World Cup 2022 – England and the United States don’t harm each other, scoreless tie in Qatar

The USMNT and England played once again in a World Cup.

England and the United States had a scoreless tie in their group stage match at the Qatar 2022 FIFA World Cup, in which they both are in Group B.

The match was a very entertaining one with great offensive and defensive plays by both sides.

Weston McKennie had a couple of opportunities to score a goal and missed, but he also left this curious image when he wiped his hands on a photographer’s vest.

The USMNT and England offered a very entertaining first half during their group stage match, with both teams having the ball and iniciative.

For the Americans, Christian Pulisic was their most dangerous man on the field, with a header that went wide left of England’s goal, as well as a potent shot that landed in the crossbar in what was his team’s most important offensive play of the first 45 minutes.

But still Weston McKennie appeared to have the clearest chance to open the scoreboard, but his shot went above the goal defended by Jordan Pickford.

On England’s side the best chance they had against Matt Turner’s goal was a shot in the first minutes of the game after a great collective play, but Harry Kane’s strike was blocked near the goal line.

As well as a shot by Mason Mount that Turner send to corner kick with a fantastic save with the right hand in stoppage time.

The second half picked up right where the first one stopped, with both team generating several plays near their opponents goal.

Around the 60th minute the stars and stripes had the control of the game, forcing England to play with their 11 players on their own side of the pitch and goalkeeper Matt Turner passing many minutes without interacting in the game.

Gareth Southgate modified his lineup until the 69th minute with the appearance of Jack Grealish and Jordan Henderson in substitution of Raheem Sterling and Jude Bellingham.

The team quickly recoverd the ball possession and Grealish had a couple of dangerous plays on the USMNT’s box.

Gregg Berhalter on his part made adjustments up until after the 80th minute and his team managed to recuperate from the siege that England was holding them to.

Harry Kane had one of the last opportunities of the match but his header went wide from the USMNT’s goal defended by Turner.

The match ended in a 0-0 draw with many emotions on the field and on the stands, with great support for both national teams.