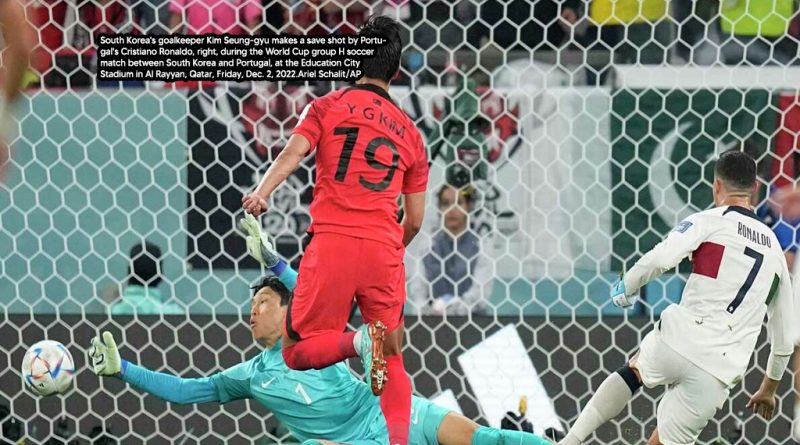 AL RAYYAN, Qatar (AP) — South Korea advanced to the round of 16 at the World Cup on the tiebreaker of goals scored after beating Portugal 2-1 Friday following a stoppage-time strike from Hwang Hee-chan.

South Korea was heading out of the tournament until Son Heung-min led a length-of-the-field breakaway in the first minute of added time and slipped a pass through to Hwang, who converted a low finish.

Son and his teammates then formed a huddle in the middle of the field after the final whistle and watched coverage of the end of the other Group H match between Uruguay and Ghana on a cell phone. South Korea’s team’s fans were in tears, and some were praying.

When that game finished 2-0 to Uruguay and South Korea was sure of its second-place finish, the players erupted in joy.

South Korea finished even with Uruguay with four points and both had a goal difference of zero, but the Asian team scored four goals compared to Uruguay’s two.

Portugal had already advanced after two games and won the group.

More from the original source: