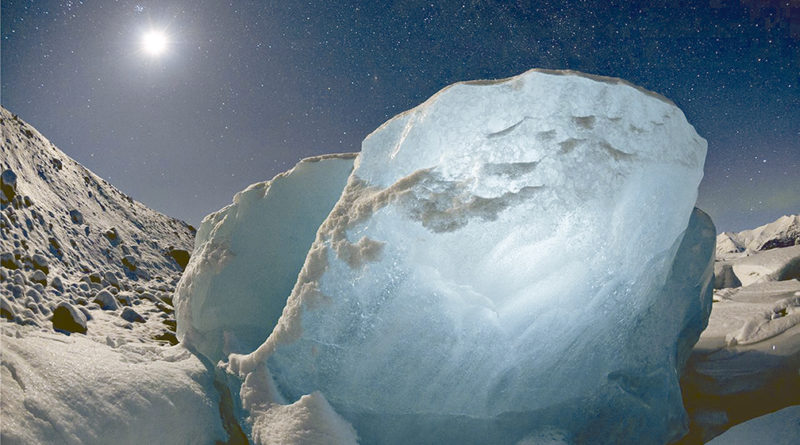 Scientists warn that thawing permafrost will make the fight against climate change even more challenging than it already is، as the Technical Times said.

A recent report revealed that the thawing permafrost at the Arctic is releasing toxins، ancient diseases، nuclear waste، and carbon dioxide that will double the amount of greenhouse gases already in the atmosphere.

Permafrost Thawing Could Pose Major Problems
Sue Natali، who has been studying the effects of thawing permafrost، described the scene she witnessed when she visited Duvanny Yar، Siberia in 2012.

“I still get chills when I think about it… I just couldn’t believe the magnitude: collapsing cliffs the size of multi-story buildings،” she described to BBC, “and as you walk along you see what look like logs poking out the permafrost. But they aren’t logs، they are the bones of mammoths and other Pleistocene animals.”

Permafrost — permanently frozen land and soil — is thawing، exposing materials that are better off buried. Alongside Pleistocene fossils are massive carbon and methane emissions، mercury، and even ancient diseases being unearthed.

Carbon Bomb
Natali said that up to 1،500 billion tonnes of carbon، which is twice the amount of carbon in the atmosphere، are stored in permafrost.

If the current rate of greenhouse gas emission continues، up to 70 percent of the Arctic ice will be gone by the end of the century. If significant changes are adopted worldwide، only 30 percent of the permafrost thaws.

“People talk about a carbon bomb،” added Natali. “In geological timescales this is not a slow release. It is a pool of carbon that is locked away and is not accounted for in the carbon budget to keep rises below two degrees (Celsius).”

Major Diseases
Carbon is not the only problem that will be unleashed to the world by the thawing permafrost. In 2016، a group of nomadic reindeer herders fell sick of anthrax. The infectious disease، which commonly affects domestic and wild animals، was traced back from a defrosting carcass of a reindeer that died 75 years before.

According to the 2018 Arctic report card، the Spanish flu and bubonic the plague could make a comeback in the near future. These ancient diseases، which have been wiped out a long time ago، might still be frozen in the permafrost. The thawing would unleash these illnesses to the world.