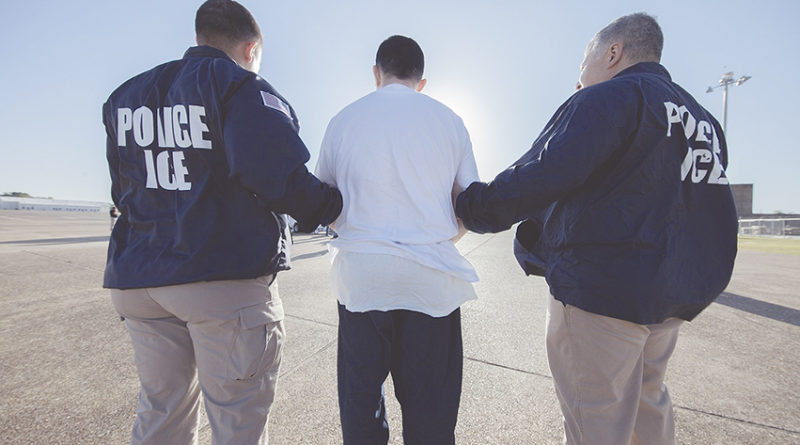 With agents targeting recently arrived families from Central America, the federal authorities intend to arrest as many as 2,000 people. Here’s how that works.

With a series of coordinated deportation actions targeting recently arrived families from Central America, the federal authorities intend to arrest at least 2,000 people who are not eligible to remain in the country.

The operations by Immigration and Customs Enforcement agents began over the weekend in places like New York, Florida and Illinois, and it appears they could extend well into this week in up to 10 cities.
So what happens after an immigrant is arrested and begins the legal process of removal?

First off, who are they looking for?
Though millions of people live in the United States without documentation and are periodically targeted for deportation, the latest raids are aimed primarily at families from Central America who have been arriving in large numbers since fall, many of whom have lodged claims for asylum.

With President Trump repeatedly thwarted in his attempts to slow the surge, the raids aim to deport parents and children who are not eligible to stay in the country — some within months after their arrival — as a way to deter others from coming. Those set to be arrested this week have already been ordered deported by immigration judges — often as a result of their failure to appear in court.

Immigration lawyers point out, though, that they are sometimes given an order to appear without a location or time. Or they show up in court, only to be told that they were not asked to report at that time, or on that day.

So far, the number of arrests has been low, and typically only 20 to 30 percent of the targets of ICE enforcement are apprehended. ICE officials have not publicly commented on the raids, though Mr. Trump has called them a success.

What happens at the time of arrest?
Agents must wait for their targets to leave their homes voluntarily in order to arrest them, and so they often wait near a residence before dawn to make sure they don’t miss the person.

The authorities have in the past used ruses to coax their targets into cooperating, like pretending to be looking for someone else, according to Charles Kuck, an immigration lawyer in Atlanta.

The agents will also stake out the home days in advance, with unmarked vehicles and photos of their targets, Mr. Kuck said.

When people who are undocumented are arrested, they retain basic rights such as the right to remain silent and to not consent to searches.

The authorities try to establish the identity of the person, which can be difficult if the targeted person is not answering any questions. But even if targets do not confirm their identity, agents can still arrest them.

“If the person who is arrested says nothing and signs nothing, then the question is, ‘Is there any authority to arrest the person?’” said Daniel M. Kowalski, an immigration lawyer in Colorado who is editor of Bender’s Immigration Bulletin, a journal for immigration advocates and professors.

Next, they are taken to a local ICE office for processing.

The agents can take up to five hours to complete the paperwork at the office and find a space in a detention center.

While a person is being processed, a lawyer can file a motion to reopen the deportation case, Mr. Kuck said, which would immediately delay their removal from the country.

Lawyers are often granted a meeting by Skype with a client, he said, but it could take weeks or months before a hearing.refour months.

Un comentario en "What Happens After an ICE Raid? Explaining the Deportation Process"