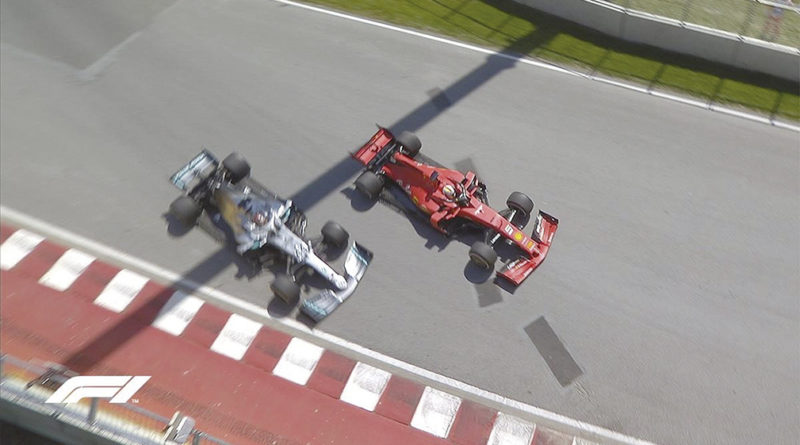 Sebastian Vettel felt last night like a man traduced. In one of Formula One’s most memorable meltdowns, the Ferrari driver accused the sport’s stewards of stealing victory from him, after they deemed him guilty of a dangerous move at the Canadian Grand Prix that almost pushed his arch-rival Lewis Hamilton into a wall.

“This is a wrong world,” he said, after a five-second time penalty deprived him of the win and instead handed Hamilton a record-equalling seventh triumph here in Montreal.

Truly, hell had no fury like a four-time world champion scorned. Not only did he rage at what he viewed as an unjust punishment, he returned to parc ferme and promptly swapped the numbers one and two around, in an attempt to convey that Hamilton’s glory was a hollow one.

When he was eventually persuaded to join the podium ceremony, he placed one foot on the top step with Hamilton.
Vettel was playing to the Canadian galleries, often volubly pro-Ferrari, but the gesture was cringeworthy. Sure enough, the red-clad crowd responded by booing Hamilton loudly.