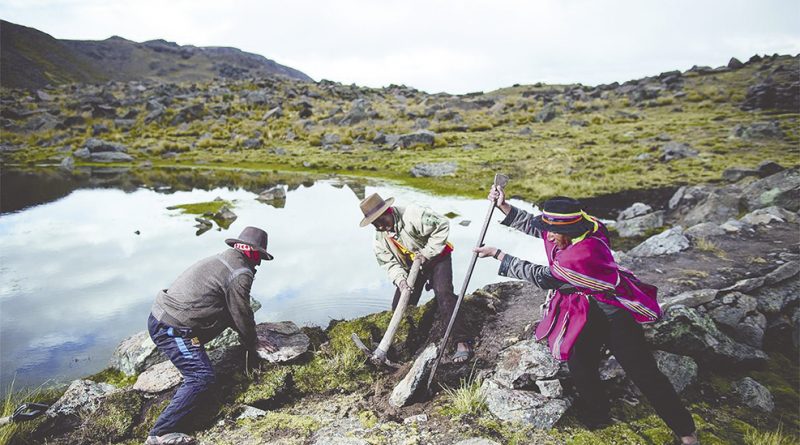 For many people, climate change feels like a distant threat—something that happens far away, or far off in the future.

Scientists and climate communicators often think that if everyone saw the devastating impacts of climate change, we’d all be more likely to accept it as real, and that accepting climate science is essential to taking action against it. A new study, published this month in Regional Environmental Change, challenges the latter part of this assumption.

The study examined decision-making in three places affected by melting glaciers. For these communities in the Italian Alps, the Peruvian Andes, and the US’s North Cascades, glacier retreat is a visible fact—“and the causes of glacier retreat are almost exclusively warming,” explains lead author Ben Orlove, an anthropologist and co-director of the Center for Research on Environmental Decisions at Columbia University’s Earth Institute.

Orlove and his colleagues wondered whether the people who live in the three locales notice these changes, whether they understand them to be the result of climate change, and whether this climate connection motivates them to take action.

They found that people in these villages are indeed aware of climate change and are even taking action to adapt to it. But the villagers don’t often talk about climate change as a motivation for adapting. Instead, they’re more likely to look closer to home for reasons to respond to the changing environment, focusing on how the responses can benefit their communities. The study suggests one potential way to reframe the conversation around climate adaptation and make it more appealing.

Exploring different frames of mind
Orlove’s team looked at the frames of thinking that mountain-dwellers use to understand the changes happening around them. Mental “frames” help us sort new information and reconcile it with our previous knowledge and beliefs. For example, says Orlove, “If a hydropower plant in the Italian Alps doesn’t get enough water to generate electricity, what kinds of associations do the villagers make when they think or talk about these changes?”

The team examined how mountain-dwellers utilized two frames when talking about glacial retreat. The first was a climate change frame that focuses on global changes and the need for global solutions. The second was a community frame emphasizing action at a local level and recognizing positive opportunities for local advancement, in addition to the negative challenges of environmental change.

By analyzing peoples’ speech patterns during in-depth interviews, focus groups, and in records of community meetings, the researchers investigated how often people in the mountain communities used these two frames when talking about the impacts of climate change.

Different regions, different challenges, similar framing
The study found that villages in all three research sites are undertaking actions that could be described as adaptations to climate change. However, the communities themselves don’t always think of their actions that way. The authors present three cast studies.

Tourism in the North Cascades
Glaciers, rivers, lakes, and snowpack draw tourists to the slopes of Mount Baker in Washington State, providing the major source of income for the towns of Concrete and Glacier. But those natural resources are at risk as the planet’s temperature climbs.

Orlove’s team argues that these communities in the North Cascades are adapting to glacial retreat by finding ways to expand other forms of tourism. One example is through festivals that celebrate historical heritage and wildlife, and help to bring the community together.

However, Concrete and Glacier residents rarely used words associated with the climate change frame when describing the changes or the local response. Instead, they use a community frame, emphasizing the importance of bolstering tourism and supporting livelihoods and the next generation.