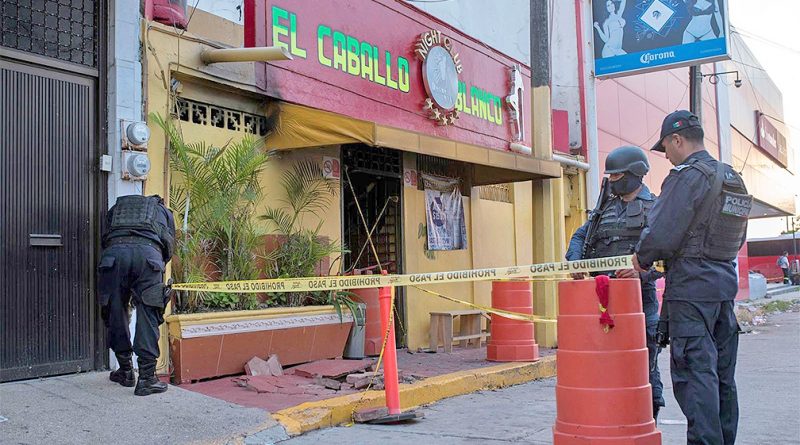 Coatzacoalcos (Mexico) (AFP) – Gunmen burst into a Mexican strip club in a hail of bullets and killed at least 28 people as they trapped revelers inside and started a raging fire, officials said Wednesday.

Many of the dead were dancers who worked there, according to managers.

President Andres Manuel Lopez Obrador condemned the “shameful” attack in the city of Coatzacoalcos, and said federal authorities would investigate evidence it may have stemmed from collusion between local authorities and organized crime.

The Tuesday night attack, which also left nine people badly wounded, is the latest to rock the state of Veracruz, a flashpoint in turf wars between Mexico’s rival drug cartels and a hotbed of political corruption.

Survivors said gunmen sprayed bullets when they descended on the bar, the Caballo Blanco (White Horse), then blocked the exits and set the club alight.

Because of the loud reggaeton music pounding inside, many patrons and dancers did not notice the attack until the bar was in flames, they said.

Authorities said many of the victims died of smoke inhalation. It was not immediately clear whether some died of gunshot wounds.