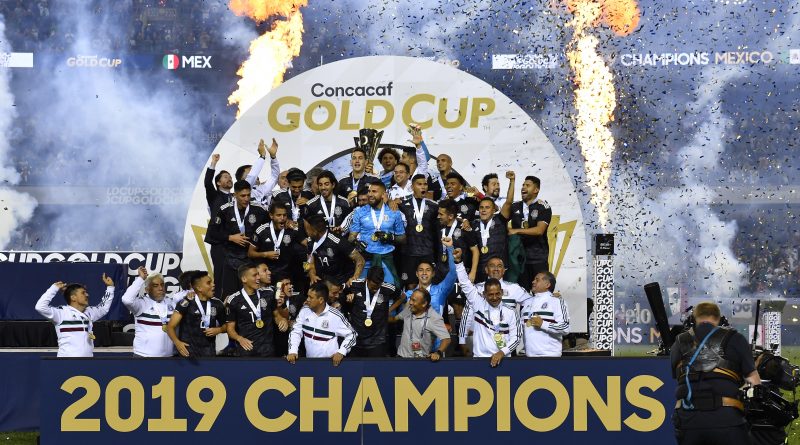 Chicago, Illinois – Mexico beat the United States in the final of the 2019 Gold Cup, getting its 8th cup, and now leads in CONCACAF titles.

Soldier Field, home of the Chicago Bears, was the stage where Mexico met the United States. In the anteroom of the game, they talked about the background of both teams, and it was recalled the 2 to 0 match where the United States eliminated Mexico in the World Cup, and also the goal by Giovani Dos Santos in 2011.

Without aim, both teams start the game, the Aztecs started the match suffering in their midfield as they did not have control of the ball.

There was much physical contact, and Altidore was saved from a red card after making a criminal foul from behind Jonathan Dos Santos, this generating harsh words between both teams. With few chances to score, the United States had an opportunity after Guillermo Ochoa’s defensive error but they did not complete it.

We returned from the break, those from the stars and bars came from the midfield, and the last 45 minutes of play were at hand. The wear and tear on the ground came, the Americans moved their bench, bringing Zardes and Roldan into the field. Rodolfo Pizarro took the baton of hero, the man recovered balls, involved in the ups and downs of the game, creating plays of danger. At minute 72 ‘, Rodolfo Pizarro with the ball goes on the right side, crosses, receives Raúl Jiménez and Taquito is accommodated by Jonathan Dos Santos, who from inside shoots at goal, scraping the crossbar and the ball enters the US net, giving the advantage to Mexico.

The United States tried nobly in the last 18 minutes, had some approaches to the Mexican goal but still could not score. Carlos Rodriguez entered for Mexico, also Diego Reyes, this to ensure midfield and Mexican contention, until the final whistle was blown and Mexico was crowned champion of the 2019 Gold Cup.

The last name Dos Santos: the headache of the United States, as in 2011, when Giovani Dos Santos scored and gave him the victory in the Gold Cup final against the United States at the Rose Bowl in Pasadena, and today, his younger brother Jonathan Dos Santos repeated the dose and gave the victory to Mexico to get his 8th crown and realize his power in the north of the continent and became the “boss” in CONCACAF play.

Here ends our coverage in Copa Oro. We appreciate your reading time, how do you rate Mexico’s performance this summer?