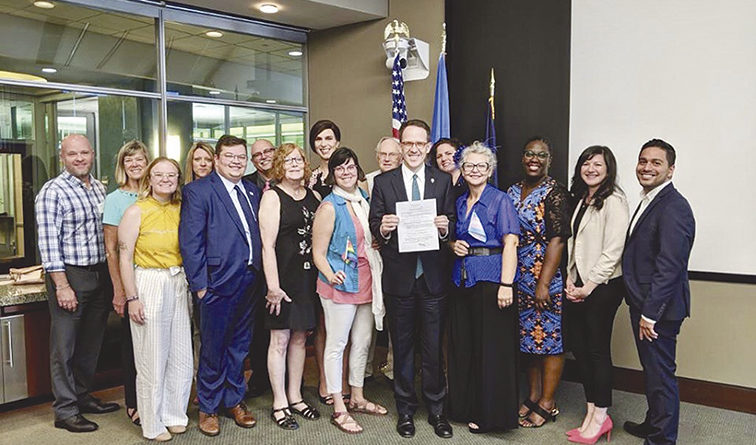 “Tulsa aims to be a globally-competitive, world-class place of employment,” Bynum said, “and committed to being a leader in areas of equity, diversity, and inclusion, essential to recruiting, developing, and retaining a competent and committed workforce.”

The move was applauded by Oklahoman’s for Equality, which stated on its Facebook page, “On the 20th anniversary of the creation of the transgender flag, Oklahomans for Equality applauds Mayor GT Bynum and Tulsa’s City Councilors for their commitment to the protection of transgender people in the city of Tulsa.”

Oklahomans for Equality thanked the mayor and city council for their efforts.

“We will continue the work to ensure protections for LGBTQ+ Tulsans and our community across the state,” the group stated.

While discrimination on the basis of race, age, or gender, is prohibited by federal law, there are no national protections specifically for LGBTQ people. Tulsa joins over 200 cities adding gender identity and expression to its list of those protected in municipal employment. (La Semana)