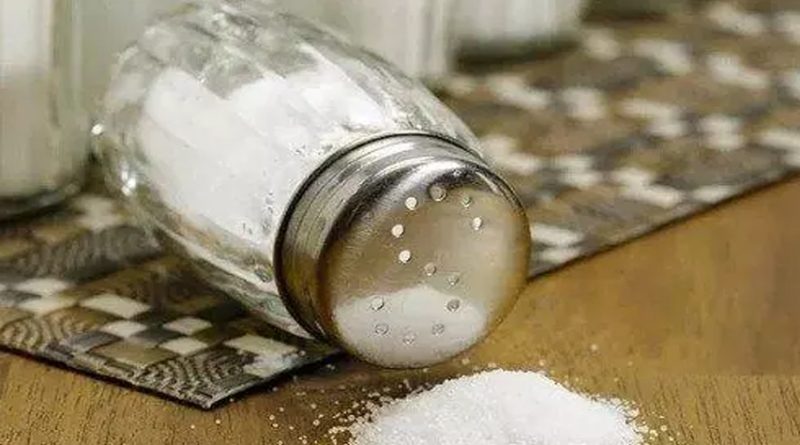 Adding Salt to Your Food May Increase Risk of Premature Death

Adding salt to your food could take years off your life.

That’s according to a new study looking at the relationship between salt and sodium intake and premature death.

Premature death in the study published in the European Heart Journal is defined as death before the age of 75 years.

However, the researchers also found that increasing the intake of fresh fruits and vegetables weakened the association between salt use at mealtimes and premature death.

Based on their data, the researchers noted a reduced life expectancy at the age of 50 in people who always added salt to their food compared to those who never or rarely added salt. This was a reduction of 1.5 years for women and 2.3 years for men.

The study results took into account factors that could affect outcomes, such as:

“It provides novel evidence to support recommendations to modify eating behaviors for improving health,” Qi said in a press release.

“Even a modest reduction in sodium intake, by adding less or no salt to food at the table, is likely to result in substantial health benefits, especially when it is achieved in the general population,” he added.

What experts have to say
Amy Bragagnini, MS, RD, CSO, an oncology nutrition specialist at Trinity Health Lacks Cancer Center in Michigan as well as a spokesperson for the Academy of Nutrition and Dietetics, says she was not surprised that the study found people who add salt to their food have a higher risk of dying prematurely.

They may have grown up in a family where adding salt was a normal event.
A person who typically adds salt has an affinity for salty-tasting foods.
This baseline salty taste of food starts a cycle of desiring more and more of the seasoning.
Desire can lead people to choosing heavily processed and salty food more often and may create a situation where people are not satisfied with eating more natural tasting foods (i.e. fruits and vegetables, lean protein) without finding a way to add salt.
Marissa Licata is a registered dietitian at Northwell Health’s Katz Institute for Women’s Health in New York.

She says adding salt to your food can get out of control quickly. This is a concern because all that extra sodium can raise blood pressure and high blood pressure contributes to heart disease and stroke, Licata explained.

“If heart disease runs in your family you would be wise to be proactive and be mindful about your salt consumption while you’re still young and healthy,” she told Healthline.

Is some salt healthier?
Bragagnini told Healthline that she gets asked a lot about salt.

She explains that these are common misconceptions when it comes to all the fancy salts in the seasoning aisle at the grocery store.

“The main difference between all the different types of salt is whether or not it is iodized,” explained Bragagnini.

She says sea salt and table salt are naturally iodized, but Himalayan salt and Kosher salt are generally not iodized.

“The reason I bring this up is because the chemical element iodine is not made in our body, but it is important for a healthy thyroid and other body functions… but, because sodium is an abundant part of the typical American diet, we are likely getting plenty of iodine,” Bragagnini said.

Therefore, she recommended consumers not stock up on iodized salt.

Nutrition advice on salt in the diet
Experts say you should stop and take a look at everything you’re eating to get an idea of how much salt you’re consuming.

This is the first piece of advice Bragagnini gives her clients who come to her with questions, including managing salt intake.

Licata agrees that food labels are important to look at. “You want to purchase foods with no added sodium,” she says.

Licata has these tips for reducing sodium in your diet:

Avoid high-sodium condiments such as soy sauce, teriyaki, Worchester sauce, ketchup, and salad dressings
Choose low sodium alternatives
Avoid ultra-processed food such as boxed rice mixes with added seasoning packets
Limit canned soups (avoid most)
Check bread labels (look for products that have 140 mg or less per serving as that’s what qualifies as a low sodium food product)
How to reduce your salt intake over time
We get acclimated to our taste preferences, so it takes time to work down how much sodium and salt you are adding to your food, says Licata.

“To change your taste preferences, gradually add less sodium to your diet,” she says. “It works, it just takes time, patience, and persistence.”

Bragagnini says if her client is consuming 8,000 mg of sodium on a day-to-day basis, she would not recommend that they drop down to 2,300 mg all at once, saying it’s not a sustainable method.

“I suspect the person would not be able to continue eating that way for long,” she notes.

“The key is to do a step-down process,” she said. “Start by taking the products that provide the most sodium to their diet (soy sauce, soup, packaged seasoned rice, lunch meat) and getting the lower sodium version of the product.”

And remember that taste buds will eventually adapt and you will begin to enjoy the more natural flavor of food, adds Licata.

At that point, you can try substituting dried herbs and seasonings in place of salt or salted seasonings.

Kara Burnstine, MS, RD, LDN, a nutrition educator at Pritkin Longevity Center + Spa in Florida, recommends dining in more often and being mindful when preparing your own food.

She suggests using spices such as garlic or onion powder instead of salt. She also warns against canned foods as well as preprepared sauces and marinades as they tend to have high salt content.

“It’s nice to have control of what’s in your foods,” Burnstine told Healthline. “There are so many herbs and spices we can use without salt to make our meals flavorful.” https://www.healthline.com/health-news